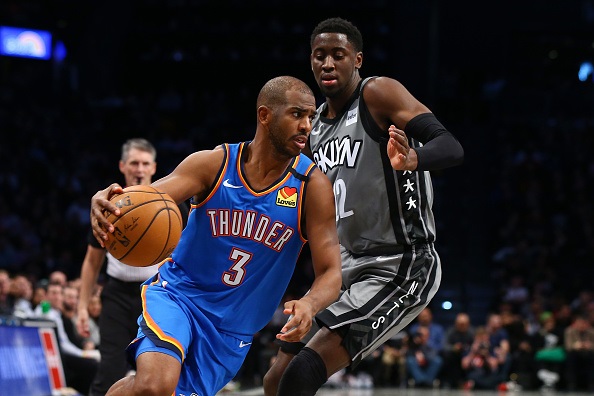 There are six games on the NBA schedule tonight and we are still waiting on some injury news. There are no double-digit lines and three games have lines of three points or fewer. Only one game has a total lower than 221.

Somehow, the Jazz lost at home on Monday against a Rockets team without James Harden, Russell Westbrook and Clint Capela. They are one of the hottest teams in the NBA, winning 19 of their last 22. They don't play as well on the road, but this a bounce back spot against a Spurs team that has lost three of the last four, including a 110-109 loss to the Bulls in their last game. The Jazz have covered the spread in eight of their last 10 on the road. The Spurs will be without LaMarcus Aldridge and it hurts the offense. The Jazz are 4-1 against the spread over the last five games and are averaging 119.8 points over the last five games. The Spurs haven't covered the spread at home in 23 of their last 32 games.

Chris Paul sat out Monday due to the death of Kobe Bryant. Expect him to play and be motivated to put up a good game. The Thunder have been one of the best teams against the spread going 20-8 ATS in their last 28 games. The Kings are 2-10-1 ATS in their last 13 at home. The Kings had a huge comeback, down 17 in the fourth quarter, and rallied to win in overtime against the Timberwolves, who are one of the worst teams in the NBA. The Thunder are a much tougher opponent. The Thunder are 4-1 ATS in the last five.