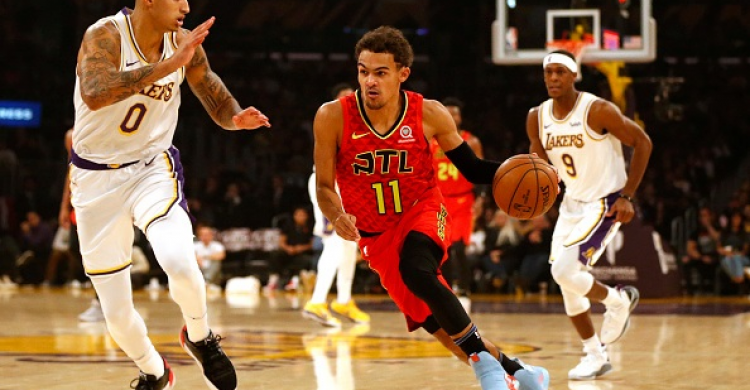 There are 11 games in the NBA tonight before two games Thursday and then the All-Star break begins. Seven of the games have lines of 4.5 or less. No team is favored by double-digits. Six games have a total of at least 225.

The Raptors go for their 16th consecutive win. The Raptors narrowly beat the Nets, 119-118, last week as 6.5-point home favorites. The Nets are playing well, going 5-2 over the last seven games with both losses on the road by a combined seven points. The Nets are 6-1 ATS in the last seven games and 4-0 ATS in the last four home games. The Raptors have won all three meetings this season. They don't make it four. The Nets end the Raptors' winning streak and if they don't, they keep it close and cover.

The Hawks have actually played well recently, even against some good teams. It hasn't translated to many wins with the Hawks at 15-40 and the Cavaliers at 13-40, but the Hawks are the better team. With Trae Young and John Collins, the Hawks are fun to watch. The Cavaliers could be without Kevin Love and they were hammered in their last game by the Clippers, 133-92. The Hawks are 10-19 ATS on the road, while the Cavaliers are 9-18-1 ATS at home. The Hawks have played the Raptors, Clippers, Thunder, Raptors, Wizards, 76ers, Mavericks, Celtics, Timberwolves, Celtics, Knicks and Magic over the last 12 games. That's a difficult stretch and they were competitive against some of the better teams. The Cavaliers have lost 13 of their last 14 games with the win against the Pistons. The Cavaliers won the first matchup between these teams at home, 121-118 in December.