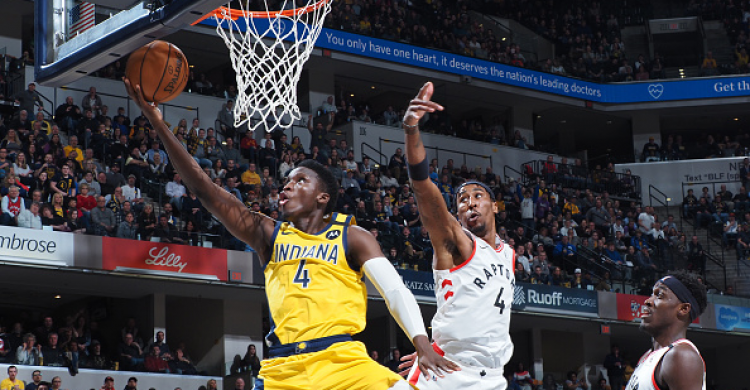 We have a nine-game slate tonight in the NBA. Only one game has a double-digit spread with the Lakers favored at home by 11 against the Grizzlies, who played last night in Sacramento. Every other game has a line of eight or less. Four games have a total of 229 or higher.

The Pacers didn't play well before the All-Star break despite the return of Victor Oladipo. They lost six straight before beating the Bucks in their final game before the break, although Giannis Antetokounmpo didn't play. The Knicks aren't playing for anything and traded away one of their best players in Marcus Morris. Elfrid Payton has played well at point guard and he's out tonight and it's a big loss for the Knicks. One of the Pacers losses during the streak was on Feb. 1 at home to the Knicks. The Pacers are battling for seeding in the Eastern Conference and potential home court in the first round. The Pacers are 7-2 ATS in their last nine road games, including 5-0 as favorites. They are one of the best teams on the road ATS at 15-11.

The Mavericks have been a great road team. They are 18-8 on the road and 18-6-2 ATS on the road and 9-3-1 when road favorites. The teams have met once this season with the Mavericks winning, 107-106. The Mavericks are one of the best offensive teams, while the Magic are one of the best defensive teams. The offense is explosive with Luka Doncic and the Magic haven't been playing well recently. They have won their last two games, but they came against a bad Pistons and Hawks team. Prior to that, the Magic lost eight of nine games.