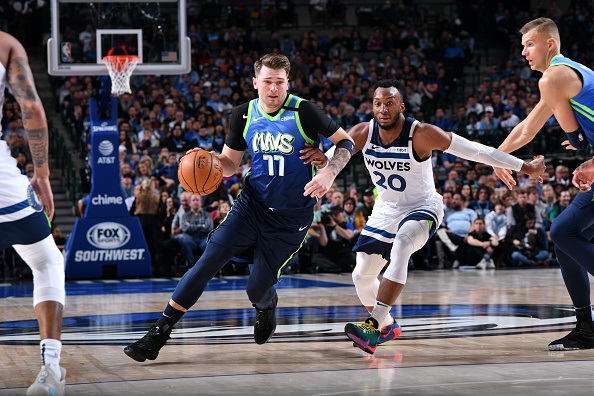 There are nine games on the slate tonight in the NBA and some line movement has already occurred. Trae Young is listed as questionable with an illness and based on the movement, the indication is he won't play. The Magic opened as two-point favorites and it's high as four and the game total opened at 229 and is down to 225.5. Before the Young news, I had the over 229 as part of a parlay. I was leaning towards the Hawks as underdogs, but won't play that until we find out if Young will be active.

Two games have double-digit spreads and five games have a line of five or less. Six games have a total of at least 225. I said it in a previous article and constantly on Alarm After Hours on Sirius XM Fantasy Sports Radio, but I like to take parlays with the money lines. Last night I had the money lines of the Pacers (-560), Thunder (-275), Nuggets (-1115), Celtics (-275) and Kings (-250) for a  +237 parlay. I tend to have an underdog getting points or underdog money line, but none fit last night.

The Spurs haven't played a home game since Feb. 1. They went 2-6 on their annual road trip with the rodeo in San Antonio. The Spurs had impressive wins at Oklahoma City and Utah before ending the trip with a 131-103 loss to the Thunder. The Spurs will be without LaMarcus Aldridge, while the Mavericks main guys are all healthy. The Mavericks won both meetings this season by seven and four points. The Mavericks are 19-9 on the road and 21-7 ATS, while the Spurs are 9-17 ATS at home. Over the last five games, the Mavericks average 123.4 points per game.

The Clippers have been inconsistent and lost to some bad teams this season. They rarely have had the entire lineup healthy and they do now. The Clippers are battling for seeding and are currently the third seed, sitting 1.5 games behind Denver and one game in front of the Rockets and two ahead of the Jazz. The Clippers lost in Phoenix back in October by eight points without Paul George and beat the Suns at home 120-99 on Dec. 17. The Suns will be without Kelly Oubre. The Clippers are 27-13 ATS in their last 40 games as road favorites. The Suns are 3-8 ATS in their last 11 at home.