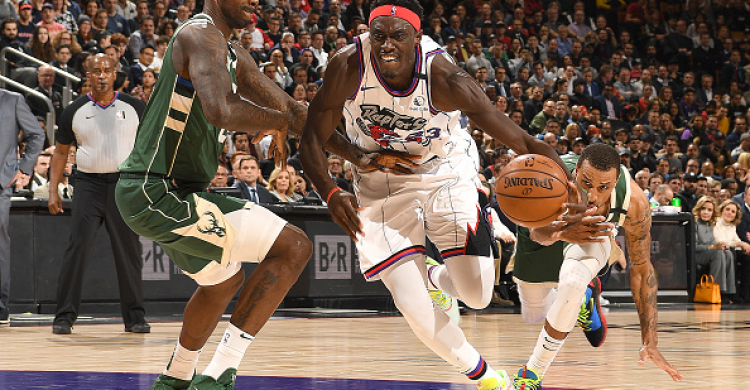 It was a wack night in the NBA on Monday with five underdogs covering out of seven games and all winning straight up. It's going to happen occasionally. There are seven games tonight with three double-digit spreads. Only two games have a line of less than five points. Four games have a total of at least 225.

The Wizards tend to be involved in high-scoring games. They are one of the worst defensive teams, ranking 29th in defensive efficiency, while also playing at the fifth highest pace. The Wizards have gone over in 35 of their 59 games. On the road, the Wizards are 20-10 with overs. The Wizards are averaging 120.8 points the last five games, while allowing 121.6 points per game. The Kings have gone 7-3 on the over in their last 10 home games.

The Raptors have lost three consecutive games and Fred VanVleet and Serge Ibaka are questionable. The Raptors have lost to the Bucks, Hornets and Nuggets. While the Hornets loss was surprising, the other two aren't. This is a bounce back spot against a bad Suns team that lost its last two games at home to the Warriors by 16 and the Pistons by two. The teams met in Toronto on Feb. 21 and the Raptors won 118-101. The Raptors are 14-13-1 ATS on the road, while the Suns are 11-20-1 ATS at home. Even with the losing streak, the Raptors have allowed 104.4 points per game in the last five. The Suns are 7-19 ATS in their last 26 games and 0-4 ATS in their last four against teams with a winning percentage over .600.