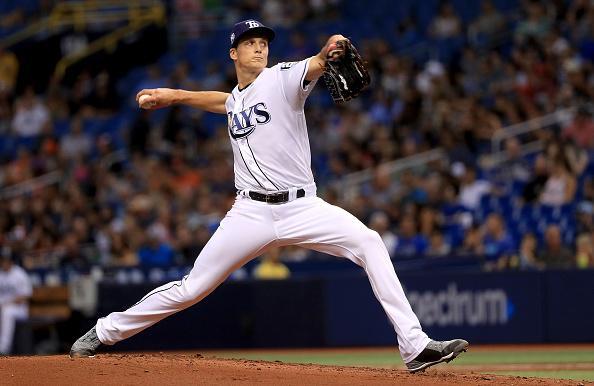 The Phillies-Yankees and the Marlins-Orioles have been postponed due to the cornavirus, but there are still plenty of games on the slate. There a lot of bad pitchers going tonight with the fourth starter for most teams taking the mound, resulting in some high totals. Six games have a total of at least 9.5 runs.

The Rays are one of the best teams in baseball and have a shot to reach the World Series. They capped off winning two of three during the weekend by winning in extra innings yesterday against the Blue Jays. Tyler Glasnow will start for the Rays and he was dominant in 12 starts last season with a 1.78 ERA, 0.89 WHIP, a 33 percent strikeout rate and a 6.1 percent walk rate. The Braves beat up on Rick Porcello and the Mets bullpen last night, but struggled against Jacob deGrom and Steven Matz. The Rays also have an excellent bullpen. Mike Foltynewicz will start for the Braves and he struggled most of last season and allowed six runs in five innings last week in an exhibition game.

The Tigers went into Cincinnati and took two of three from the Reds, while the Royals dropped two out of three against the Indians. The Tigers didn't hit that well, batting .186. The Royals only scored five runs in the three-game series, but faced Shane Bieber, Mike Clevinger and Carlos Carrasco. Michael Fulmer will start for the Tigers, but will be the opener in a bullpen game. Mike Montgomery goes for the Royals and he went 1-0 with a 0.71 ERA in two starts against the Tigers last season and struck out 17 in 12.2 innings.