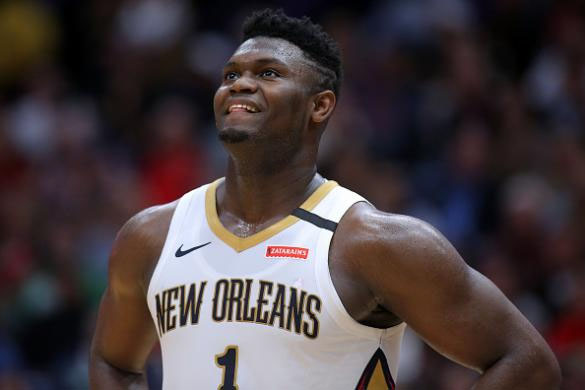 The Pelicans kept their playoff hopes alive with a win over the Grizzlies in their last game. They are two games behind the Grizzlies for the eighth seed and one game behind the Blazers. Zion Williamson played 25 minutes in the last game after being limited in the first two games. Williamson was difficult to stop and took over in the final few minutes. The Pelicans offense hasn't been as good in the bubble. Williamson provides a spark and the matchup is great against a struggling Kings defense that allowed opponents to shoot 46 percent from three-point range in the bubble. The Kings are one game behind the Pelicans and have lost to the Spurs, Magic and Mavericks in Orlando. The Pelicans have lost to better teams in the Jazz and Clippers. This should be the game the Pelicans start hitting their three-pointers.

The Blazers are 2-1, but they have looked good in Orlando. The one loss came against the Celtics, 128-124. They just beat the Rockets and are one game behind the Grizzlies for the eighth seed. Jusuf Nurkic missed all season and came back in Orlando and has helped give the Blazers a boost. He is averaging 22 points, 12.3 rebounds and 4.3 assists. The Nuggets are playing for the second straight day and had a battle with the Spurs until the final seconds. The prior game, Denver went to overtime. They have been playing without Will Barton, Gary Harris and Jamal Murray and all are likely to sit again.