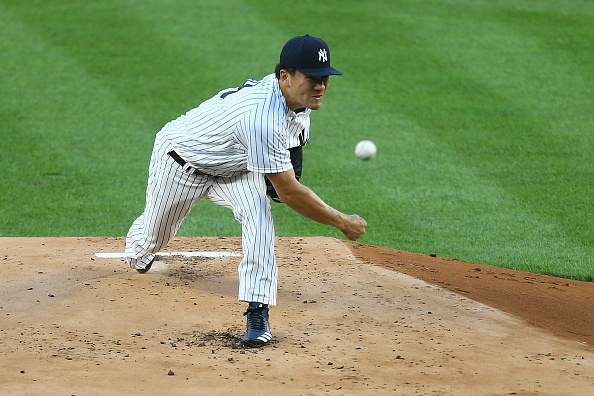 It's not often we will get the Yankees at this price. They are 9-3 and lead the majors in runs per game, home runs and OPS. The Rays were supposed to have excellent pitching, but have struggled. Blake Snell takes the mound for the Rays and has pitched two and three innings in his first two starts. He has allowed seven hits, three runs, walked two and struck out nine against the Orioles and Blue Jays. Masahiro Tanaka pitched 2.2 innings in his season debut against the Red Sox after missing the start of the season after taking a line drive off the bat of Giancarlo Stanton to the head. He threw 51 pitches in that game, so the Yankees bullpen will be needed. The Rays are hitting .211 this season with a .297 wOBA.

The Reds have been disappointing after being picked as one of the teams to watch in the short season. Trevor Bauer will start and he has dominated. While both starts came against the Tigers, he allowed four hits, one run and struck out 20 in 13.1 innings. The Brewers scored eight runs, yesterday but the offense has struggled so far averaging 3.49 runs per game. Eric Lauer makes his first start of the season and won't go deep into the game. He threw 2.2 scoreless innings of relief with six strikeouts on July 26. The Reds offense hasn't scored the last two games against the excellent pitching of the Indians. The Reds offense is too good to be shut down for long.