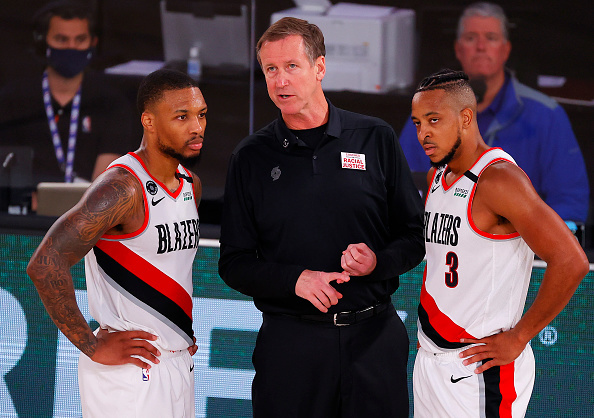 Dallas has something to play for as it can move up to the sixth seed and avoid the Clippers in the first round. They are one game behind the Jazz. If the Mavericks beat the Blazers and Suns and the Jazz lose to the Spurs, the Mavericks get the sixth seed. The Trail Blazers are one-half game behind the Grizzlies for the eighth seed and both the Suns and Spurs are one-half game behind. Luka Doncic and Kristaps Porzingis both sat yesterday and aren't on the injury report and are expected to play. Several of the Blazers games have come down to the final seconds in the bubble. They have been excellent on offense but struggle defensively. They are 4-2 in the bubble with a four-point loss to Boston and a five-point loss to the Clippers. It should be a close game, but the Blazers have enough to cover. The Blazers are 5-1-1 ATS in their last seven games, while the Mavericks are 2-4 ATS in their last six.

The Celtics could rest a few players. They have nothing to play for and are locked into the three seed in the Eastern Conference. Even if they start the regulars, the minutes could be limited. The Grizzlies are trying to hold on to the eighth seed in the Western Conference. They are 1-5 in the bubble. If they win, they clinch a spot in the play-in series. The Celtics opened as 5.5-point favorites and the money has come in on Memphis.

Adam Plutko gets the start in place of Mike Clevinger, who has to quarantine after breaking team protocols. Plutko made a start and went six innings on July 28 but has thrown one inning since. Plutko allowed 1.81 HR/9 last season. On the surface, Jon Lester looks good with a 0.82 ERA, and 0.55 WHIP in two starts, but he has an 11.9 percent strikeout rate, 2.4 percent swinging strike rate, 0.91 BABIP and a 100-percent strand rate. The Indians have hit the under in 14 of 17 games and are struggling offensively, but this is a spot they come alive and have scored 25 runs in their last four games.