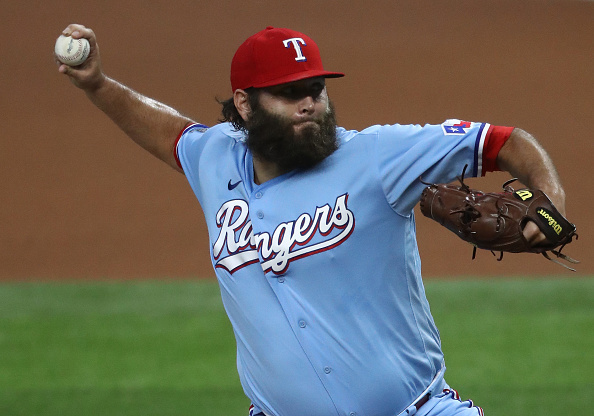 The Rangers have turned it around after a slow start, winning five of their last six games. They send their best pitcher to the mound with Lance Lynn. He has made four starts and is 2-0 with a 1.16 ERA, 0.94 WHIP and a 30:12 K:BB ratio in 23.1 innings. Lynn faced the Rockies on Opening Day in Texas and pitched six scoreless innings, allowing two hits, two walks and struck out nine. Lynn has a 2.84 ERA at Coors Field in four starts. The task is tougher at Coors Field, where 55 runs were scored in the three-game series against Arizona. The Rockies allowed 32 runs, and Ryan Castellani will pitch for them. He threw four scoreless innings in his first start at Seattle, but he had an ERA of 8.31 at Triple-A last season. He likely won't go deep into the game and the Rockies will have to call on the bullpen early.

The Cubs are rolling. They beat the Brewers, 4-2 last night to improve to 13-3. They have taken advantage of a soft schedule. Tyler Chatwood will pitch for the Cubs and he was excellent in his first two starts, allowing one earned run in 12.2 innings with six hits, four walks and 19 strikeouts. One came against the Brewers and he allowed one run in six innings with eight strikeouts. The last start he allowed 11 hits, eight runs, and two home runs in 2.1 innings against the Royals. Brandon Woodruff goes for the Brewers and he has a 2.53 ERA, 0.98 WHIP, 31.3 percent strikeout rate and six percent walk rate. Woodruff is more likely to go deeper into the game and the Brewers have the better bullpen. The Cubs bullpen has a 6.47 ERA and closer Rowan Wick could be unavailable after throwing 2.1 innings the last two days.