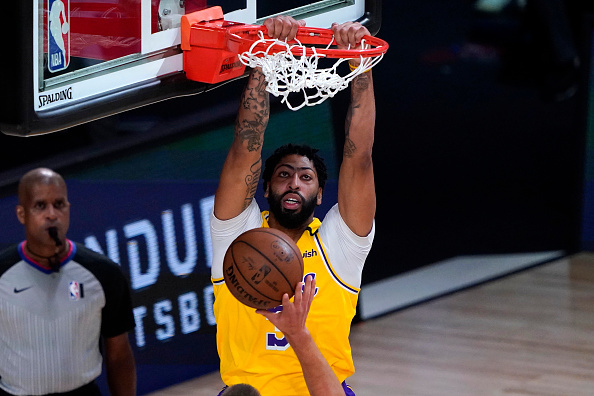 The Rockets will be without Russell Westbrook and that's going to hurt them. Westbrook often grabs a rebound and rushes up the court to push the tempo of the offense. The Rockets averaged 119.2 points per game with Westbrook and 112.6 without him. James Harden will have to do a lot and it's a question if he can get enough help against a good Thunder defense, which limited teams to 30.4 percent shooting from three-point range in the bubble. Eric Gordon's health is also a question mark. Dennis Schroeder is back and that's a boost to the Thunder. The Thunder took two of three from the Rockets in the regular season.

Davis gets a great matchup against the Blazers. As well as they have played in the bubble, they are giving up a lot of points. They have no answer to slow him down. Davis averaged 26.1 points during the regular season and didn't play well in the bubble. He topped 30 points twice in seven games in the bubble and they came in two of the first three games. The Lakers have very little to play for as they locked up the top seed quickly. Davis averaged 32 points against the Blazers, scoring 39, 37 and 20 points in three games and he's going to need to have a high scoring game for the Lakers to succeed.