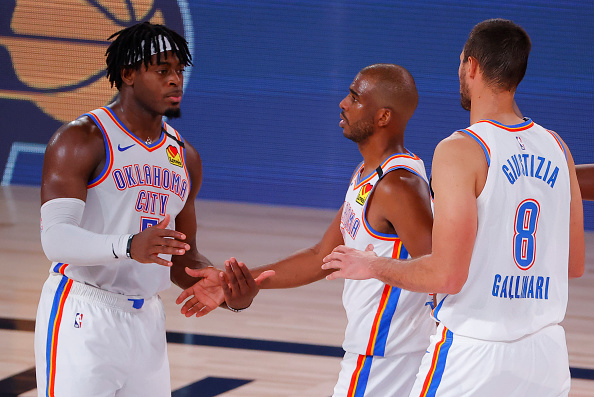 The Thunder won't go away. After getting trounced in Game 5, they eeked out a win in Game 6 to win three of the last four games in the series. Russell Westbrook has played the last two games after missing the first four and hasn't been great. He had seven turnovers in Game 6. Chris Paul came up big for the Thunder with 28 points and no turnovers in 40 minutes. The Rockets are 2-5 ATS in their last seven games as favorites. In eight of the last 11 games against Houston, the Thunder have covered the spread. The scary part for the Thunder is the Rockets played awful in Game 6 and the Thunder barely won. The Rockets had 22 turnovers and shot 34.1 percent from three-point range.

The Heat have played the Bucks well this season and were impressive in a 115-104 win in Game 1. They disrupted the Bucks' offense. Jimmy Butler scored 40 points and hit big shots down the stretch. The Heat shot 92.6 percent from the field (25-for-27), while the Bucks shot 53.8 percent (14-for-26). Giannis Antetokounmpo only took 12 shots from the field and shot 4-for-12 from the free throw line. Eric Bledsoe didn't play due to a hamstring injury and it hurt the Bucks' transition offense. He is questionable for this game. The Bucks are 12-3 ATS in their last 15 games following a loss of more than 10 points. The Heat are 5-0 ATS in the playoffs.