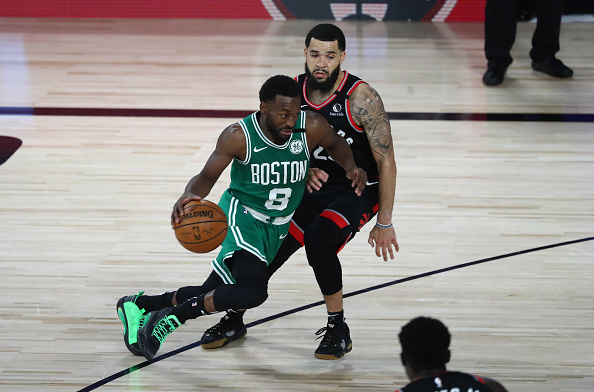 The Clippers can wrap up the series with a win tonight. The Nuggets were in this spot in the first round against the Jazz and won three straight to advance. The task will be more difficult against a good Clippers team that has yet to hit its stride. The Clippers jumped out to a 26-12 lead after the first quarter and were able to hang on and cover with a 96-85 win. The Nuggets can't win without a big performance from Jamal Murray and he has been held to 18 points or fewer in three of four games. Kawhi Leonard is coming off 30 points, 11 rebounds, and nine assists and has had a double-double in three straight games.

This has been a fun series. The Raptors have been outplayed but won't quit. They got a buzzer-beater win in Game 3 to stay alive and prevailed in double overtime in Game 6. The Celtics have lost by one point, seven points and in two overtimes, while the Raptors have lost by double-digits twice. Kemba Walker had five points in 52 minutes in Game 6 and he should bounce back. Boston has shot the ball better than Toronto. The Raptors top players have struggled to shoot well in the series. The Celtics are 5-0-1 ATS following a loss in their last six games.