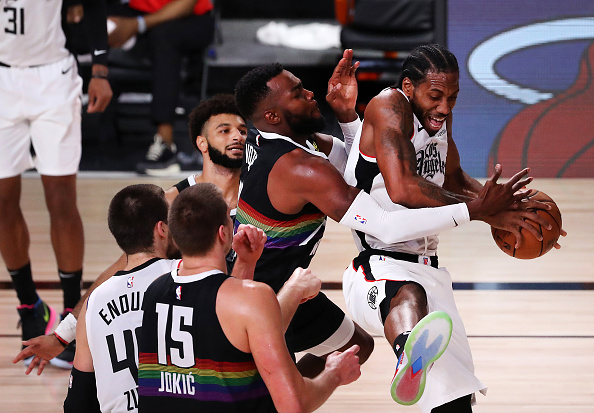 I am stunned this series is going to a Game 7. The Clippers had a 3-1 lead in the series and had a 16-point third quarter lead and were outscored 67-49 in the second half in a 111-105 loss. The Clippers led by 16 at the half in Game 6 and were outscored 64-35 in the second half in a 111-98 loss. The Clippers aren't getting much outside of Kawhi Leonard and Paul George, while Nikola Jokic and Jamal Murray are getting help. George and Leonard combined to shoot 6-for-21 in the second half in Game 6 and the Clippers can't win when that happens. The Nuggets shot 54.1 percent from the field, including 48 percent from three-point range in Game 6. They shot 48.1 percent from the field in Game 5, including 44.4 percent from beyond the arc. The Nuggets keep showing resiliency as they did in the opening round when they also trailed 3-1 and won in seven games against Utah. The Clippers haven't lost three straight games all season and are 10-1 ATS following a loss of at least 10 points in their last 11 games. A lot will look at this as an easy Denver cover. They have the momentum and the pressure is on the Clippers. Look for the Clippers to step it up defensively and get the job done.

The Heat have been excellent in the playoffs, going 8-1. They are also 8-1 ATS. The Celtics needed seven games to beat Toronto, but they looked like the better team held the Raptors to 99.7 points per game. The teams met three times in the regular season with the Celtics winning twice. The Heat won the matchup in the bubble without Jimmy Butler. The Heat have shot the three well all season, including 38 percent in the postseason. It will be difficult to do that against the Celtics. They shot 30.6 percent from three against the Celtics in the regular season and Boston were second in opponents field goal percentage at 34 percent. The Celtics are 8-3 ATS in their last 11 games.