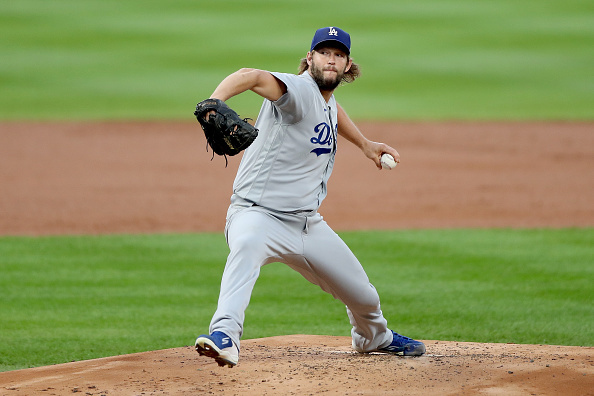 Adam Ronis takes a look at the field for the 2020 MLB Postseason and gives you his best bets for who will win in each round of the playoffs.

The MLB playoffs begin today with 16 teams involved. It's a unique format with the first round a best-of-three series, all at the higher seed before moving to neutral sites for a best-of-five divisional round.

If you're looking for a couple of underdogs to take in the wild card round, start with the Reds. They have failed to live up to lofty expectations but played better down the stretch to get in the playoffs with a 16-9 September. They are appealing due to their starting pitching. They can throw Trevor Bauer, Luis Castillo and Sonny Gray. The Braves don't have strong pitching, but they have a great offense. The Reds are +118 to win the series on FanDuel Sportsbook.

Another underdog to consider is the Cleveland Indians, who host the Yankees. The Yankees haven't played well lately, and they strike out a lot, which isn't ideal against the strong Indians pitching staff, which can throw Shane Bieber, Carlos Carrasco and a combo of Zach Plesac, Aaron Civale and Triston McKenzie. The Yankees have the better offense, and the bullpens are close. The Indians at +106 on FanDuel Sportsbook is something to consider.

In the American League, it's wide open. I could see several teams reaching the World Series. The Rays are the favorite at +320 on FanDuel Sportsbook and second on the DK Sportsbook at +300 behind the Yankees at +280. The Rays have strong pitching and a deep lineup. It's not as potent as some others, but they are a complete team. Strong pitching can take you far in the postseason as the Nationals showed last season and that makes the Indians interesting. They are +650 to win the American League on DK and +750 on FD. The White Sox are also intriguing and have an ace in Lucas Giolito, an experienced veteran in Dallas Keuchel and a potent offense and are +750 on FD and +650 on DK.

I don't see as many teams in the National League. The Dodgers are the best team. They have come close a few times the last few years and were dominant this season with a +136 run differential. The setup makes it more difficult for them, but they have the best talent and depth and are +130 to win the NL on both sites. The Padres would have been appealing, but the health of starting pitchers Dinelson Lamet and Mike Clevinger is in question. The Reds would be the other team to put some money on at +1200 on DK and +1000 on FD.