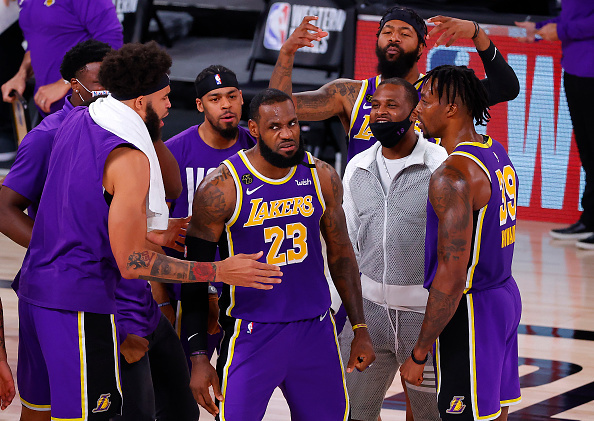 The NBA finals get underway tonight with the Los Angeles Lakers taking on the surprising Miami Heat. The Lakers were one of the favorites to get here, while the Heat have made a surprising run. They were the fifth seed in the Eastern Conference and went 12-3 in the playoffs, beating the Pacers, No. 1 seed Bucks and the Celtics.

The Lakers opened as -440 favorites, but it's down to -350 with the Heat at +280. Both teams haven't been in trouble in the postseason. The Lakers dropped Game 1 against the Trail Blazers and Rockets and never trailed in a series again. The Heat haven't trailed a series at all.

The Heat trailed against the Celtics for a good portion of the Eastern Conference Finals but came through often in clutch spots in the fourth quarter. They play excellent defense and can shoot the three. Bam Adebayo has been the Heat's best player, Jimmy Butler hasn't been scoring a lot, but he comes through when needed and Goran Dragic is on a great run, leading the Heat in scoring in the postseason. The Heat have better depth with Tyler Herro, Duncan Robinson, Jae Crowder and Andre Iguodala.

The Lakers have the two best players in the series with LeBron James and Anthony Davis. The supporting cast alternates games of who steps up between Rajon Rondo, Dwight Howard, Alex Caruso, Kentavious Caldwell-Pope and Danny Green.

This will be a competitive series. The Heat will compete and have a shot to win. Getting the Heat to win the series at anywhere around +280 is good value. Still, the Lakers have the edge. My pick is the Lakers in 7.  The Lakers to win in seven games is +500 on the DraftKings Sportsbook.