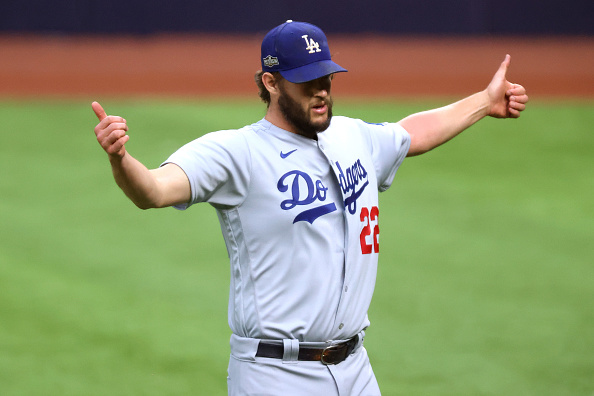 The Dodgers bats have come alive. They almost rallied in Game 2 with four runs in the ninth inning and left the tying run at third base in an 8-7 loss.

They scored 11 runs in the first inning in Game 3 en route to a 15-3 win and trail in the series, 2-1. Clayton Kershaw was scratched from his start in Game 2 with back spasms, but he will take the mound in Game 4 for the Dodgers.

There is some risk considering he was supposed to pitch on Tuesday, but he's been excellent this season, going 6-2 with a 2.16 ERA and 0.84 WHIP. He pitched eight scoreless innings against the Brewers in the first round and allowed three runs in six innings over the Padres for a win in his last start.

Bryse Wilson will go for the Braves and he last pitched on Sept. 27. He has never pitched in the postseason and has made just 15 appearances in the Majors, with a 5.91 career ERA. Wilson pitched 15.2 innings this season and had a 4.02 ERA, 1.72 WHIP and a 15:9 K:BB ratio. He has pitched more than three innings twice this season, so the Braves likely have to go to the bullpen early again. In 14 career starts against the Braves, Kershaw is 7-0 with a 1.49 ERA and a 0.90 WHIP.

The Dodgers have won 84 percent of their games by multiple runs and they are swinging the bats well.