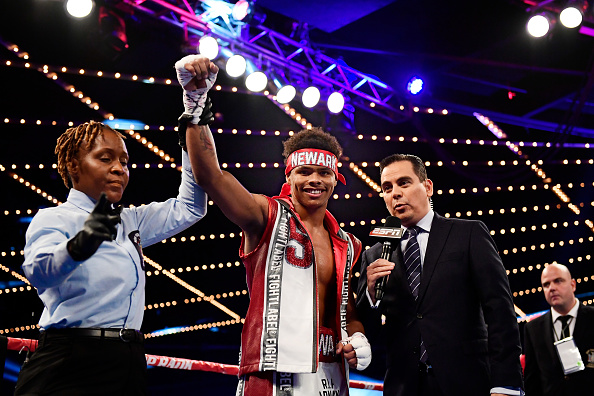 Welcome back, BOXING FANS! Well, welcome to Wager Alarm, BOXING FANS! With boxing returning we are going to be taking a look at the upcoming cards and honestly, fight cards going forward. We had a five-fight card originally on Tuesday, but we had a fighter test positive for COVID-19, so that fight has been scratched so we’re down to four. We have another card on Thursday and both are being broadcasted on ESPN. I’m just going to break down a couple fights and predictions from the opener!

I’ve been debating with myself whether or not this will be quick, but that hasn’t always been Stevenson’s style. In 13 professional fights, Stevenson has seven wins by knockout, which is only a 53.8-percent rate. Not only that, but this is his first fight at super featherweight, so he’s moving up from 126 to 130. Felix Caraballo, his opponent, has also moved up to 130 recently, but in his debut at the weight he knocked out Sergio Lopez in the first round. Caraballo has been more of a finisher than Stevenson throughout his career, knocking nine of his opponents out. Stevenson, although he doesn’t love the comparison, is a young Floyd Mayweather in regards to how special he is defensively. His fights aren’t always the most exciting in the world, but he’s one of the best young boxers in the game and is definitely worth the watch.

Look, both of these guys, like most on this card, are unknown by most casual fans. Anderson is a big, powerful guy that recently signed with Top Rank, who’s hosting Tuesday’s card. This fight is a six-round bout in the heavyweight division with Anderson checking in at 236.5 LBS and Langston at 218.3. Anderson has three professional fights under his belt and each has ended in first-round knockouts. The young heavyweight is on the rise and should open this card with a bang. This fight is ending within the first few rounds with Anderson looking on a downed Langston