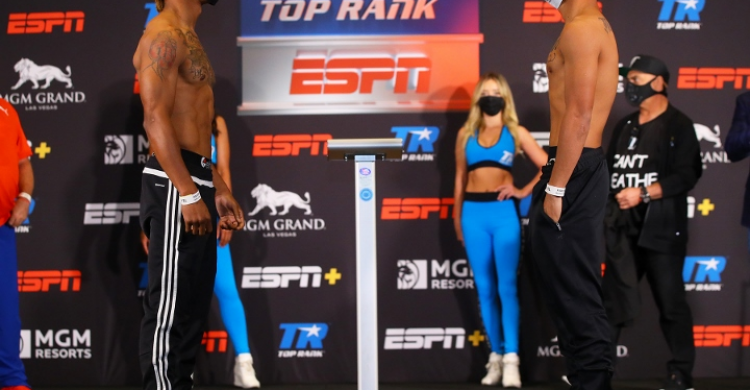 Damn Daniel, back at it again with the white vans. Zoomers wouldn’t understand that reference. Boomers either, most likely. Anyways, we’re back with some more boxing wagering! We have five fights on top for Tuesday’s Top Rank card over on ESPN with the main attraction featuring Joshua “Boom Boom” Greer Jr. who brings a pillow with him to the ring because he puts his opponents to sleep (but he has a 50% KO rate). Let’s take a look at a couple of bets I’m hammering home.

Greer may like having the nickname “boom boom”, but he’s not a knockout specialist by any stretch of the imagination. As I mentioned in the introduction, Greer only has a 50% KO rate, but since a draw in his third professional fight and a loss in his fourth, he’s won 19 straight. Greer is the number one WBO contender at bantamweight and is really actively trying to put on a show for the fans. Although there will be no fans, he needs a bounceback from two straight lackluster performances in a step up in competition. His opponent, MIke Plania, comes in streaking himself winning eight-straight contests himself. That said, he really doesn’t have any notable wins and the one time he did take any sort of leap in competition, he lost. Plania might be game early, but Greer is bringing the pillow to the ring for a reason. Night night, Plania comma Mike.

This one should be quick and easy to score considering Mominov is going to make quick work of Krael here. In 10 fights, Mominov has flashed massive power, knocking eight opponents out. Krael is actually really game, despite losing 15 times in his professional career, he’s only been knocked out once and has a LOT of really close losses just looking at the judges score cards. That said, he has 15 losses for a reason, possesses little to no punching power as he’s knocked out just four of his 35 opponents. Even if this goes the distance, Mominov is coming off an eight-round decision victory so stamina should not be much of an issue.