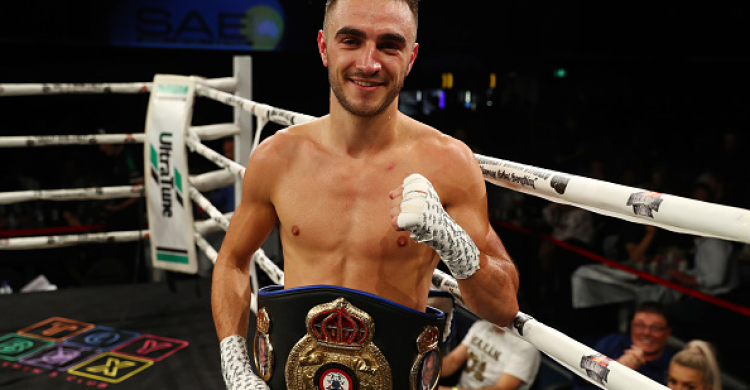 This is one of the better cards Top Rank and ESPN have put forth since boxing returned nearly a month ago when the calendar flipped to June. We have the other Moloney brother, Jason, fighting in the Main Event, but multiple potential breakout prospects such as Abraham Nova and Orlando Gonzalez-Ruiz. We have seen a TON of upsets during these pandemic fights and anything is possible in boxing because all it takes is one punch. I’ll do my best to score these fights properly here! Let’s get into the wagers!

This is like splitting hairs because I really feel like this could end in a knockout for the Australian Moloney, but as we saw on Tuesday, anything is possible. Moloney is a -125 favorite here and is coming off three straight knockouts. The thing is, his opponent has fought at featherweight almost exclusively since 2016, so it’ll be harder for Moloney to put down the bigger fighter in Baez. He is a replacement in this fight for an injured Oscar Negrete who bowed out due to an injury. We’ve seen in the past when brothers fight on the same card, or one just a few days apart i.e the Charlo’s, that a loss for one could impact the other. The night Jermell Charlo lost to Tony Harrison, Jermall Charlo was clearly thinking about his brother as he went 12 rounds against a then 25-year old fighter who had no business competing with the champ at the time. Let’s see if Moloney gets off to a slow start due to his brother’s loss this past Tuesday. I think it fuels the fire enough for the natural bantamweight to win in a 10-round decision.

A lot of money is seemingly coming in on Sparrow, the underdog, in this fight and for good reason. He’s a VERY talented fighter, but he has been unable to stay out of trouble with the law limiting his exposure to the boxing world. Sparrow is 10-1 with three wins by knockout and his only loss coming by a DQ. That being said, he hasn’t been nearly as active as Abraham Nova has who has fought three times since last August. He has scored a KO in all three of those bouts, no opponent of Sparrow’s calibur, but Nova has 14 KO’s in 18 fights, so the power punching pedigree is there. Sparrow has been put on the canvas during his career so he is susceptible to power, which Nova features a lot of. Although this fight is a very tough, tricky fight for a top-10 contender in the lightweight division, look for Nova to hurt and put away Sparrow in the latter stages of this fight.