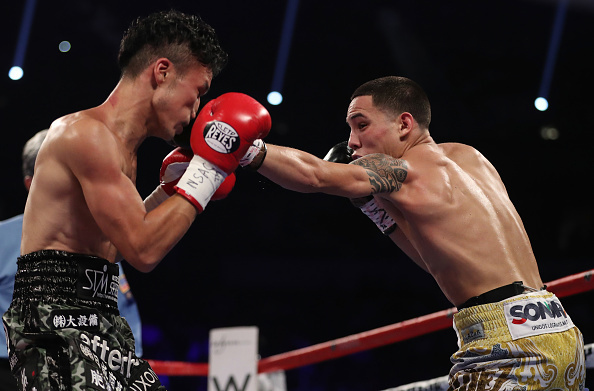 To say Top Rank’s summer series was a success would be a flat out lie. It wasn’t terrible, but considering the lack of top-tier fights, they weren’t able to make impacted their viewership. Tuesday’s fight card marks the last one for now as Top Rank Chairman Bob Arum likely will pick it back up later on in the summer. This is one of the better cards from top-to-bottom as it features top-flight contenders, former champions and up and coming prospects. Expect plenty of fireworks!

Prediction: Berlanga wins in round 1 +150

You’re probably thinking to yourself “man, what is Grande thinking betting a fight ends in the first round?” and you have every right to think that way. That is if this fight wasn’t including Edgar Berlanga. Berlanga is 13-0 with 13 KO’s. All 13 of those KO’s have come in the FIRST ROUND. The record, you ask? 19, held by Tyrone Brunson who completed that record from March 2008-July 2014. Berlanga doesn’t have a walk in the park in front of him either as Eric Moon is a formidable opponent, but Moon has been put on the canvas and knocked out before. Moon is definitely the fighter with a bit more rust considering it’s been nine months since he last fought while Berlanga fought last in December. Don’t blink when Berlanga enters the ring because the fight could be over when you open your eyes.

Personally I think Valdez is one of the more overrated, hyped up fighters in the game. He was losing on 1-of-3 cards in his last fight against Adam Lopez and was put on the canvas in Round 2. He probably should have been losing on all three cards and even when he “finished” Adam Lopez it was a questionable stoppage. Valdez has, in the past, thrown a LOT of volume and has a lot of power, which are two things that are definitely not overrated parts of his game. He’s ended two-of-three fights and has 21 KOs in 27 fights. Velez on the other hand, is the guy every promoter brings in to give their A-side good, quality work. Let’s not forget this is only Valdez’s second fight in the 130-pound weight division. Velez has fought quality opponents but has never had a signature win to make anyone definitively say it’s going to happen on Tuesday.