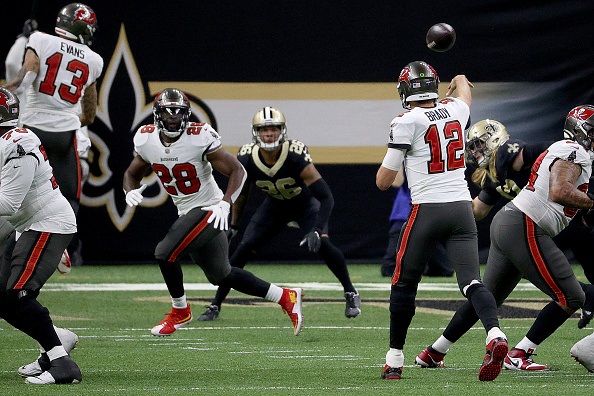 Published Sun Jan 24, 2021 12:51 pm (EST)
Jon Impemba pores over the data, analysis and moneylines to bring you his best bets for today's game between the Packers and Buccaneers!
Jon Impemba | Wager Alarm | NFL

Championship week is always a tough read. What we have here is a matchup between two quarterbacks that just know how to win football games even when the odds are against them. Two quarterbacks that many questioned their ability heading into this season only for one, Aaron Rodgers, to likely be the league's MVP and the other, Tom Brady, toss 40 touchdown passes in his age 43 season.

Both teams have great offenses with defenses that can make plays. In years past the weather would have likely been a factor with Tampa Bay teams of the past struggling in the frigid temperatures but Tom Brady may be one of the best cold weather QBs of all time while Rodgers himself is no stranger to the cold.

My lean here is going to be with the Tampa Bay Buccaneers with the three-points. I think this one is going to be a back and forth close contest. The Packers' run defense has struggled this season and Tampa Bay has two running backs in Ronald Jones and Leonard Fournette that can pound that football to control the clock and keep Rodgers on the sideline.

Brady rarely makes bad throws and is a master at protecting the football which should limit the Packers' ability to create turnovers. This isn't to take anything away from Aaron Rodgers and Davante Adams, I can easily see them getting the win here but something like 30-28 where Tampa covers.

Fournette has been the Buccaneers primary receiving back this season and this should be a game where the Tampa Bay running backs are featured. Fournette has gone over 22.5 yards receiving in three of the last four games and if this game ends up being one where Tampa plays from behind we can certainly expect Fournette to be on the field. Green Bay also ranks 28th in DVOA against pass-catching running backs.

This is an interesting one with Rodgers paying off even money to have more passing yards than Tom Brady. Given the offensive play styles, you would expect Green Bay to throw the football much more than the Buccaneers who should be looking to use Leonard Fournette and Ronald Jones against this Packers defense that struggles to stop the run and only rely on Brady to make the key throws when necessary.

The Packers also have the advantage of Jaire Alexander who has been one of the league's premier shutdown corners this season that likely limits either Mike Evans or Chris Godwin which could also help lead to Brady having fewer passing yards.