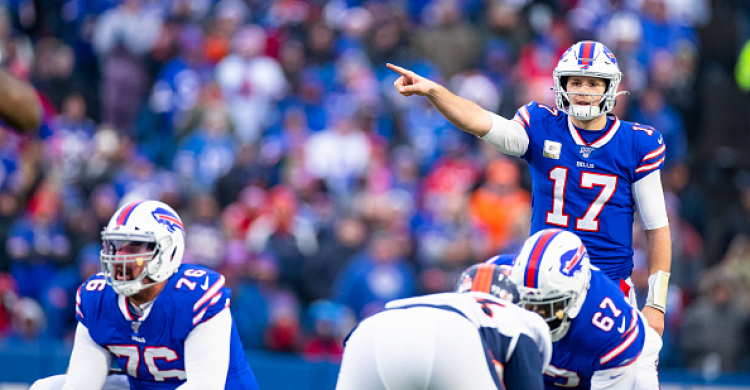 The NFL offseason got off to a wild start with the AFC East making some big noise for a few completely different reasons. First, we had the Bills acquire star received Stefon Diggs from the Minnesota Vikings in a deal that bolstered the team’s receiving group which included 1,000-yard man John Brown, Cole Beasley and tight end Dawson Knox. Diggs will step in and be the main target for quarterback Josh Allen who lead Buffalo to a playoff berth in 2019. Buffalo also added corner Josh Norman who looked to be on his last legs in Washington but a move to a strong Bills defense could be what it takes to get him back into gear.  We saw the biggest question of the offseason get answered, with Tom Brady leaving the Patriots and signing with the Tampa Bay Buccaneers. This move has major implications across the league with the AFC and the AFC East in particular no longer having to deal with the Brady & Belichick lead Patriots.  The Dolphins made some moves, signing corner Byron Jones, linebacker Kyle Van Noy and running back Jordan Howard. Then, of course, there is the New York Jets who haven’t made many notable moves so far this offseason but did replace the departed Roby Anderson with Breshad Perriman who was a stud towards the end of the 2019 season after averaging five catches for 101.2 yards over the final five games of the season.

For the upcoming season the AFC East does have quite a schedule draw as they play both the AFC and NFC West which means they face both teams who were in the Super Bowl last season.

So, with all that said, let’s take an early look at the AFC East Division

So, even with Tom Brady signing in Tampa Bay, Las Vegas still considers the Patriots the favorite to win the AFC East. The Patriots really did struggle offensively in 2019 but still managed to win 12 games on the back of their defense and favorable schedule which saw them really play the lower tier of the league. The loss of Tom Brady in theory should have an impact however it seems like there is a lot of faith in Bill Belichick and his system to put the Patriots in strong position to repeat as AFC East Champions for the 12th straight season. Replacing Brady appears to be second-year quarterback Jared Stidham but the team did sign Brian Hoyer who is very familiar with how to run the Patriots offense given that this will be his third stint with the organization after being released last offseason. There is also a chance the Patriots make a play for Cam Newton if you are to trust Vegas as they list the Patriots as the odds favorite for the recently released QB.

The Patriots offense will head into the year with a healthy offensive line which is something they never had last year and both Julian Edelman and Mohammed Sanu should also be recovered from their injuries. Second-year receivers N’Keal Harry and Jakobi Meyers should also figure to contribute in the offense this year, especially if Stidham is at the helm as he demonstrated better chemistry with the duo during the preseason last year and likely will have more tolerance during the year than Brady demonstrated last season with the two then rookie receivers.

On defense the Patriots re-signed both McCourty brothers while also signing Pro Bowl safety Adrian Phillips to bolster an elite secondary that is anchored by 2019 Defensive Player of the Year Stephon Gilmore. At linebacker the team took a hit with Kyle Van Noy, Jamie Collins and Elandon Roberts signing elsewhere in free agency but rotating linebackers is something the Patriots have had plenty of success within past seasons.

In all likelihood the Patriots will take a step back this season, how far of a step back is the question. Many will point out that Belichick went 11-5 with Matt Cassell back in 2008 and went 4-1 with Jimmy Garoppolo and Jacoby Brissett during Brady’s suspension in 2016 but both of those teams were stacked with the latter going on to win the Super Bowl and the former coming off an 18-1 season. The roster heading into this year certainly has it’s questions and for that reason I do not believe they win the AFC East. As for their win total I would love to bet the number as I think they finish 9-7. This of course would all change if the team does in fact end up with Cam Newton as I would expect both the Vegas odds and team win totals to be adjusted.

This is going to be the popular bet for the AFC East as the Bills shocked everyone in 2019 by going 10-6 and making the playoffs. With Tom Brady no longer in the division many will feel that the top spot is open for the taking and Buffalo made a big splash this offseason by trading for wide receiver Stefon Diggs. Diggs comes over from Minnesota after posting back-to-back 1,000-yard seasons while totaling 15 touchdowns during that span. He will further the legitimacy of the Bills receiving group but to be effective the team will need Josh Allen to take that next step in his development. In year two, Allen completed just 58.5-percent of his passes for 3,089 yards. The Bills offense was again centered around a strong running game which was largely led by Allen himself who ran for 510 yards and nine touchdowns. Adding a receiver of Diggs caliber could be a sign that the team is looking to open things up a bit more and utilize the cannon of an arm that Allen posses with hopes his accuracy continues to grow. The team’s defense added edge rusher Mario Addison to a three-year deal after four straight seasons of at least nine sacks.

In 2019, Buffalo was 0-2 against the Patriots and 3-3 overall against the AFC East. With Brady no longer in New England it is reasonable to think Buffalo can at least split the season series while taking advantage of the rest of the weaker AFC East competition. My pick here is Buffalo to win the AFC East and I will take the OVER of 8.5 wins.

You can scoff here as much as you want but few teams finished the 2019 season better than the Miami Dolphins who went 5-1 over the final six games of the season with Ryan Fitzpatrick at QB which included a win over the Patriots in New England. Miami started off the year 0-7 but after jettisoning some of the malcontents and deciding to stick with Fitzpatrick over the struggling Josh Rosen it appeared as if the Dolphins roster started to buy into the program of rookie head coach Brian Flores. Miami is set to have Fitzpatrick under center again in 2020 and they added to the offense by signing free agent running back Jordan Howard to help bolster a running game that was almost non-existent for most of 2019. The team also signed both Kyle Van Noy and Elandon Roberts from New England as both will join their former defensive coordinator in Miami. What’s even more appealing is that in the 2020 NFL Draft the Dolphins have three first-round picks (5,18,26) and two second-round picks (39,56) to add to their roster. Sure, they will be rookies, but that is a lot of what has the potential to be impact talent being added to their roster.

If you like the long shot bets then getting Miami at +1000 given the state of the AFC East right now is probably not the worst investment. I would also take the over six wins as I do think the Dolphins will be better this year as head coach Brian Flores starts to shape the team the Dolphins hired him to re-build.

Off all the team’s in the AFC East the Jets are the only team which Vegas has the win total favorite as the under so let that settle in. So far this offseason the Jets have added some depth along their offensive line and signed Breshad Perriman to replace Roby Anderson as I previously mentioned. The roster is still lacking talent at the receiver position and defenses do not respect the passing attack enough to allow Le’Veon Bell to do much of anything. The Jets were 2-4 in the AFC East last season as they split the season series with the Bills and Dolphins while losing both games to New England. Though, again, the AFC East is considered to be more up for grabs this year it would seem unlikely the Jets are the team that is going to take that leap forward.

I am going to pass on the +700 and the under seven wins certainly seems appealing as I am expected the Bills and Dolphins to be better this year and I am unsure if New York can sweep a season series against the Patriots even if it is Jared Stidham or Brian Hoyer at quarterback.

Jon Impemba takes an early look at the NFC East and breaks down...

Jon Impemba takes an early look at the AFC West and breaks down the...

Jon Impemba takes an early look at the AFC South and breaks down the...