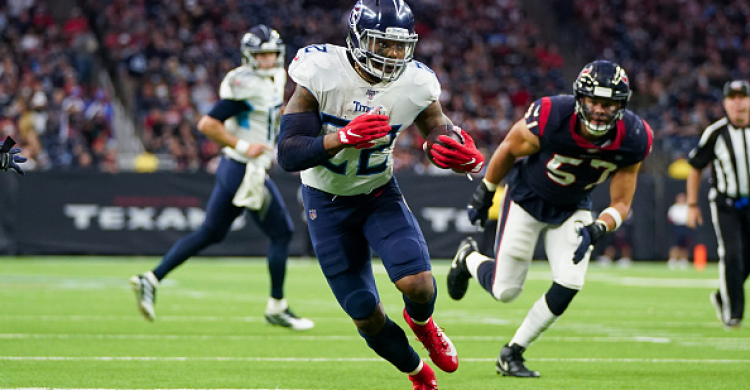 Few divisions are as up in the air heading into the NFL season than the AFC South. The Texans won the division in 2019 but they kicked off this offseason by trading away their top playmaker in DeAndre Hopkins while acquiring David Johnson from the Cardinals. Though the Texans won the division it was the Tennessee Titans who made It to the AFC Championship game as a Wild Card after a strong second half of the season once Ryan Tannehill took over as the starter. To reward Tannehill for his performance the Titans gave him $30 million this offseason to be their starter for the next few seasons. The Colts had the shock of last season when Andrew Luck decided to retire which left them with Jacoby Brissett as the starter. Heading into 2020 there will be another man under center in veteran Philip Rivers who signed a one-year deal. Lastly, the Jaguars acquired Nick Foles to be their QB last season only to see him go down with an injury and lose his gig to rookie Gardner Minshew. Minshew performed well enough for the Jaguars to trade Foles this offseason to the Bears. Vegas considers this one to be a three-team race, sorry Jacksonville, so let’s break it down.

The Titans shocked everyone by upsetting both the New England Patriots and the Baltimore Ravens to reach the AFC Championship game in 2019. The Titans offense was led by running back Derrick Henry and quarterback Ryan Tannehill who took over as the starter during the middle of the season and finished, completing 70-percent of his passes with 22 touchdowns and six interceptions. This offseason the Titans were very much in the hunt for Tom Brady but ultimately decided to stick with Tannehill and reward him with a contract extension. The team also franchise tagged running back Derrick Henry who they will lean on heavily again in 2020. The Titans will have a tougher schedule come 2020 as they face off against the AFC North and the NFC North with road games against Baltimore, Green Bay and Minnesota. They also face the Buffalo Bills who should pose a tougher test as well.

I lean with Vegas here and would expect the Titans to take this division as head coach Mike Vrable enters year-three as the team’s head coach. Despite the tougher schedule, I do they the team also hits the over on the team win total at +100.

The Colts finished 2019 with a 7-9 record and to be honest, it should have been better if not for injuries sustained to top playmakers T.Y. Hilton, Marlon Mack and QB Jacoby Brissett who all missed time. This offseason the Colts decided to make a change at the quarterback position and signed veteran Philip Rivers to replace Brissett. Rivers threw for 4,615 yards with 23 touchdowns and 20 interceptions while completing 66-percent of his passes last season. By joining the Colts we should see Rivers improve the team’s downfield passing attack but it’s worth noting that he will turn 39 years old during the season so the possibility of a decline is worth considering.

The Texans kicked off the new league year with a shocker as they traded wide receiver DeAndre Hopkins to the Cardinals for running back David Johnson. Hopkins is an All-Pro receiver, coming off a season where he caught 104 passes for 1,165 yards and seven scores over 15 games. The trade of Hopkins leaves the Texans with likes of Will Fuller, Kenny Stills and Keke Coutee as the primary receivers. The acquisition of David Johnson will also help with the passing attack as he offers up elite pass catching skills but injuries and poor play have really put a hamper on Johnson’s career after he exploded in 2016. There have been rumors that head coach Bill O’Brien has issues with some of his players and we have seen some questionable play calling from the coach in big moments that have cost the team.

The Texans are without a first-round pick in the upcoming draft and won’t pick until late in the second round where they could look to bolster the team’s receiving group to appease quarterback Deshaun Watson. +225 to win the division is better odds than I would have given them but considering every team in this division does have some blemishes I could see the final standings coming down to a game or two. I would venture to think the Texans can eclipse the eight-win mark as well but at -110 I’d let it be.

Quite the fall from grace for the Jaguars who were in the AFC Championship game back in 2018 led by the running game of Leonard Fournette and the “Sacksonville” defense. Unfortunately, they blew a second half lead to the Patriots and the team never recovered as they dealt away most of their defense and will now have their third starting quarterback in three years with Gardner Minshew under-center. There is almost no shot at Jacksonville winning this division baring total deterioration of the three team’s ranked ahead of them or Minshew taking a tremendous leap in year-two. That being said, I do think +115 at OVER 5.5 wins could be worth a play.