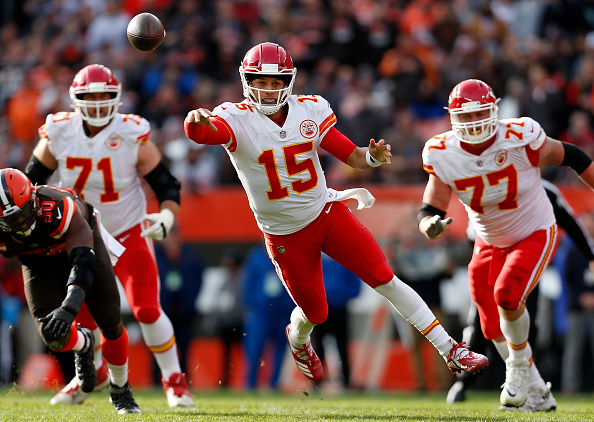 Betting the conference winners is a lottery play I always to a stab at. The ROI if you hit is much higher than if you just bet the division favorites and thus you have a good shot at making some real solid money even by picking the Vegas favorites. Let’s take a look at some favorite AFC conference bets.

The AFC was won by the eventual Super Bowl winners in the Kansas City Chiefs in 2019 so it should be no shock to see the Chiefs listed as the favorites to repeat as conference champions once again. The benefit however of betting the Chiefs to win the conference instead of just winning their division is the ROI you get on your bet. We saw the Chiefs listed at -300 to win the West meaning you have to bet $300 to win $100. However, to win the AFC championship the Chiefs are listed at +350 which nets you $350 on a bet of $100. The AFC West division did not get any better in 2020 and as long as there is good health here I would find it hard to envision the Chiefs not in the conference title game once again.

Hard not to like Baltimore here at +400 as they have the reigning NFL MVP in Lamar Jackson and a strong defense to help shut down opponents. Like the Chiefs, the Ravens will benefit from playing in an average-at-best division in the AFC North. This should allow for them to build up a solid record, likely land home field advantage and potentially a first-round bye in the playoffs. Baltimore’s offense will need to take a step forward in 2020 as they struggled in the playoffs against a good Titans defense, scoring just 12 points.

So, Buffalo is still listed below the Patriots in Vegas odds as New England, despite losing Tom Brady, is still considered the favorite to win the AFC East and have the third best odds to win the conference. I am not buying into that. We saw Buffalo make major strides last year while quarterback Josh Allen still struggled with his efficiency. The Bills defense was stout, and they added to that defense this offseason. The Bills also went ahead and added Stefon Diggs to give Josh Allen yet another receiving weapon. Buffalo fell short in their playoff game against Houston last season but if Josh Allen can refine his passing ability at all this offense has the ability to make some noise while the Buffalo defense shuts down opponents.

Last year’s Cinderella story, Tennessee made it to the AFC championship game in 2019 and held an early lead of the Chiefs before Patrick Mahomes went to another level and the Titans defense just could not stop them in the second half. That said, to see the Titans at +1600 is quite surprising. The Titans are returning the majority of their team from last year while adding some solid players such as Vic Beasley to the team’s defense. The offense will again be built around game management by Ryan Tannehill and the downhill running of Derrick Henry who carried the Titans offense throughout the second half of the season and their playoff run. Head coach Mike Vrable will now be in year-three of implementing his system and it is quite surprising to see these odds here on Tennessee.