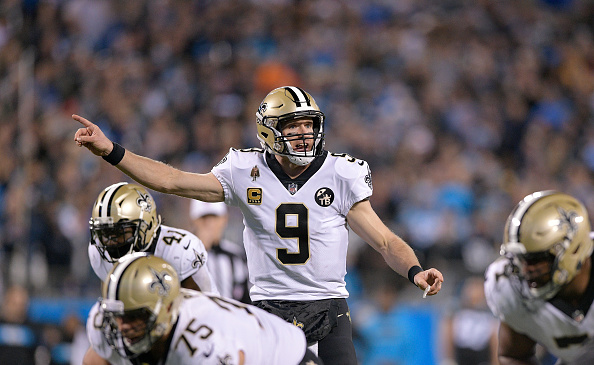 Unlike the AFC conference which really only has a few contenders the NFC is an entirely different animal with a handful of teams that are all capable of making the jump at the conference championship with some really nice Vegas odds to go with them.

The 49ers won the NFC championship last season, going 13-3 and on the back of a shutdown defense and a dominant running attack. Their efforts fell short in the Super Bowl against the Chiefs but it should be no real shock to see them considered a favorite to win the NFC championship once again. The Niners are returning most of their roster for last season with the exception of mid-season acquisition Emmanuel Sanders who left in free-agency. Schedule wise the 49ers will be playing the AFC and NFC East divisions which can be considered rather soft when considering the opponents, they will draw such as the Redskins, Jets, Dolphins and Giants whom all project to be sub-.500 teams. A favorable schedule will put them in a good spot at one of the leagues top records and a shot at home field advantage. At +500 you are getting great odds on a team that was just in the Super Bowl last season.

Like the 49ers, the Saints also sit at +500 odds to win the NFC and they too finished last year with a 13-3 record. With Drew Brees returning and the signing of Emmanuel Sanders in the offseason there is much more buzz surrounding the Saints than the 49ers as true favorites to finish atop of the NFC. The Saints offensive attack as been more focused around the run-in recent seasons in an effort to keep Brees healthy and good to go come playoff time. Unfortunately, the playoffs have not been too friendly in recent seasons, having been eliminated by the Vikings in the Wild Card round in 2019. With the Saints being perennial front runners in the NFC and Brees on the final legs of his career we could certainly see the Saints gearing up for a big 2020.

You acquire Tom Brady and all of a sudden, the outlook on your season changes drastically. The Buc’s are the public darling right now with the idea of Brady going to Tampa and making them contenders. Last season Tampa finished with a 7-9 record but found themselves playing in plenty of close games. Last season’s quarterback Jameis Winston threw 30 interceptions compared to Brady who threw just eight. Now, sure, 2019 was far from Brady’s best season but the offense the Patriots surrounded him with was abysmal. With the likes of Mike Evans and Chris Godwin now catching footballs the belief is we get a rejuvenated Brady who is just a few years removed from an MVP season.

Putting my cards on the table here, I like the Seahawks as my longshot play. I think they have a real shot to win the NFC West and might have been bigger players in the 2019 playoffs if not for the rash of injuries that forced them to bring Marshawn Lynch out of retirement to give them some assemblance of a running game which even then was non-existent. Russell Wilson is a winner, that type of intangible can’t be measured but he often carries Seattle and keeps them in games that they may not be in with another quarterback. The continued development of DK Metcalf as a legit receiving threat will be a boost to the offense which also saw breakout seasons from Tyler Lockett and running back Chris Carson last year. Should Seattle draft some impact players on the offensive line or defense then I would not be shocked to see them playing for the chance to go to the Super Bowl.

The Packers leaned heavily on the running game in 2019 with Aaron Jones exploding for 1,084 yards and 16 touchdowns while adding 49 catches for 474 yards and three more scores. The team finished 13-3 but never quite looked that dominant with the lack of a passing attack due to injuries at the wide receiver position. That said, Aaron Rodgers did all that he could with the players he was given and finished with 26 touchdowns and just four interceptions while throwing for 4,002 yards. The Packers defense was better than expected early on but eventually was exposed against better competition. That said, with better health from Davante Adams and the likelihood that the Packers draft a wide receiver in this upcoming receiver rich NFL Draft it’s hard to count out the Packers at those appealing +1200 odds.

I never count out teams with an elite defense and that’s what the Bears bring to the table when considering them as potential NFC champions. We also saw how successful a team with a strong running game and a quarterback that can manage game behind an elite defense with the 49ers making it to the Super Bowl and in the AFC, though not an elite defense still a good defense, the Titans making it to the AFC championship. The Bears acquired Nick Foles from the Jaguars this offseason who has playoff experience and won a Super Bowl with the Eagles two seasons ago. Foles will “compete” with Mitch Trubisky for the starting gig but all things considered this should be Foles job to lose. If the Bears offense can show any level of competency under Foles then it should score enough points to win games while the defense shuts down the opposition.