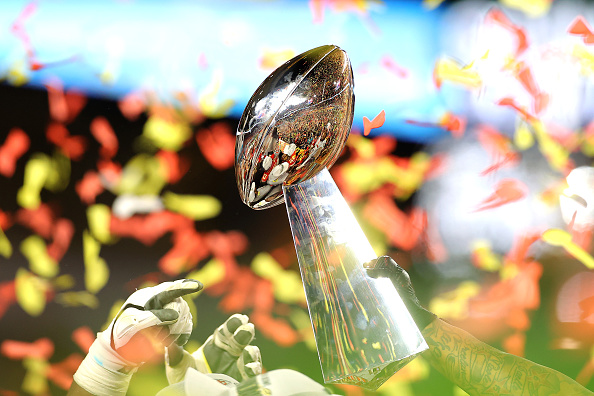 I know the NFL Draft hasn’t even kicked off yet and we are still only in April but that doesn’t mean you can’t place a wager on who will win the 2020 Super Bowl. In fact, now may be the best time as odds on some teams may change following the draft if there ends up being any impact trades or players landing with unexpected teams. Just think, if prior to yesterday you had already placed bets on the Tampa Bay Buccaneers then you got better odds than you have today following their acquisition of Rob Gronkowski from New England. Does this move make Tampa a favorite to win the Super Bowl? Let’s see how Vegas views the top Super Bowl contenders.

Repeating as Super Bowl champion is no easy feat but the Chiefs are a team built for the long haul with elite young talent lead by quarterback Patrick Mahomes and a coach who always has his team in the thick of it in Andy Reid. Last season the Chiefs dealt with adversity with both Patrick Mahomes and Tyreek Hill missing time and playing at less than 100-percent but once the playoffs hit the Chiefs were ready dance and they finished the year on the top of the mountain following their Super Bowl victory over the 49ers. Of any team in the AFC I think they will be the most consistent and therefore you would be getting a great return on at +650 if they do in fact go back-to-back.

So, Vegas thinks the Super Bowl champion is coming from the AFC with the Chiefs and Ravens pulling in with the top odds. Baltimore took off last season behind MVP quarterback Lamar Jackson and a strong defense but ultimately were upset in the playoffs by Tennessee. This isn’t my favorite pick, there should still be some skepticism regarding Lamar Jackson and his ability to repeat his 2019 season which saw him lead the league in touchdown passes while also setting an NFL quarterback record by rushing for 1,206 yards. The longevity and sustained success for mobile quarterbacks in the NFL has been fleeting over the years and Jackson will need to show that his improved pass accuracy is the real deal.

The 49ers rode their elite defense and rushing attack to an NFC Championship and Super Bowl appearance in 2019. They had developments from rookie wide receiver Deebo Samuel towards the second half of the season which should also be encouraging. That said, quarterback Jimmy Garoppolo certainly seemed exposed during the team’s playoff run and that has me questioning whether a true repeat season is in order and thus makes the 49ers a risky bet to make.

Yup, the Gronk trade has moved the Buccaneers into a tie for the third best odds to win the Super Bowl. Interestingly enough Tampa is still not the odds favorite to win their own division but Vegas is clearly thinking that if Tampa makes it to the dance that Tom Brady is going to get the job done. Even if Gronk isn’t 100% the player he was in New England following his one-year retirement, if Tampa gets 80-percent of that then he will be among the top tight ends in football and gives Brady a comfortable receiver to target while also working with Mike Evans and Chris Godwin.

The Saints are still favored to win the NFC South and have the same odds as the Buccaneers to win the NFC championship yet you are getting them at +1400. New Orleans added Emmanuel Sanders to their offense this offseason and Drew Brees is coming back from another run before he retires. The Brees vs Brady back and forth is going to be a storyline all season as they compete against one another. This is again, not a bad return here either and I like the Saints more than the 49ers here as well.

The Titans are my longshot pick here at +4000. Sure, they went on an incredible run behind Derrick Henry and quarterback Ryan Tannehill who played out of his mind but this team has the makeup to be a contender under Mike Vrable. Add to it that the division is certainly up for grabs and the fact that they made it to the AFC championship game last season. This team is going to use the game management of Tannehill while still running with Henry while playing a strong defense. I expect the Titans to go defense in the draft as well to really add some depth in the secondary where they were surprisingly a bit weak last season with the down year from Malcolm Butler.