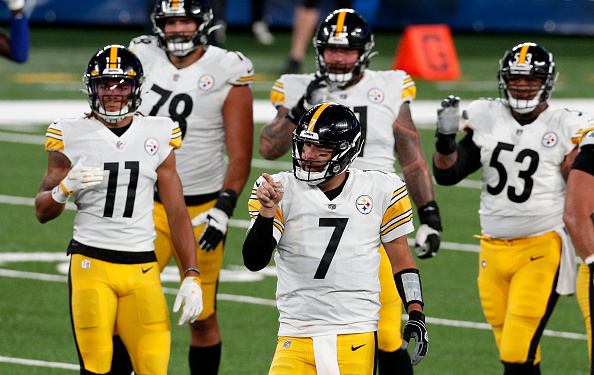 Jon Impemba delivers the best bets as we dive into the second week of the NFL season!

Don’t really understand the spread here, Denver did not look good during their home loss against the Titans in Week 1 while the Steelers pretty handily beat the Giants in Big Ben’s return. The Steelers are coming into this one with full health as James Conner is active while the Broncos defense took yet another hit with corner AJ Bouye landing on IR. The Steelers defense is also elite when playing at home. This one feels like a free square to me.

Another odd spread for me because we just saw the Packers blow the doors off the Vikings with Aaron Rodgers looking like his former self while the Lions had a fourth quarter implosion and allowed three passing TD’s to Mitch Trubisky in a loss. The Lions are also without Kenny Golladay once again in this one.

I know the 49ers are coming in banged up and will be on the road here but the Jets aren’t exactly rolling on all cylinders here either as both Jamison Crowder and Le’Veon Bell will not play in this game. Plus, the 49ers defense is still pretty stout, and the Jets offense is abysmal. This line feels like it should be closer to 10 points than a single touchdown.

My dart throw pick of the week is going to be the Giants here on the road against the Bears. Chicago didn’t really look great against the Lions until the fourth quarter while the Giants actually showed a little promise against the Steelers, especially in the team’s passing attack. I am expecting a bounce back game from Barkley in this one and the team is getting back Golden Tate. This offense has all the skill positions to be good and I think the Giants win this one outright.