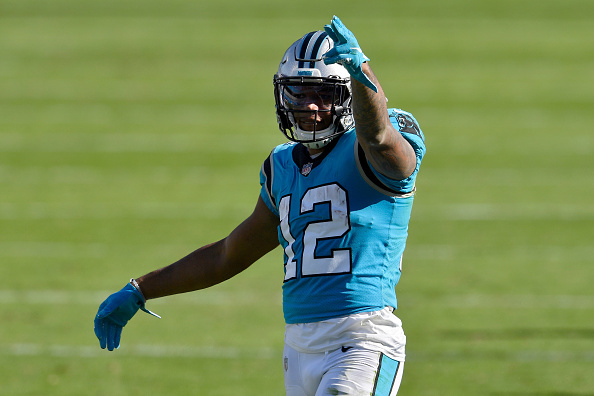 Jon Impemba pores over the data and analysis to bring you his Best Bets for Week 8 Thursday Night Football action to help you cash those tickets.

The meeting between these two back in Week 5 had a game total of 53.5 but saw just 39 points being scored. Now, the Falcons do have Julio Jones for this match up which is something they did not have a few weeks ago but the Panthers pass defense has actually been very good, while teams instead opt to run the football against them.

The Falcons defense has been quite the opposite as they have one of the league's worst pass defenses but rank 7th in DVOA against the run.

I think points will be scored here but I feel Vegas has this one on the dot once again with a 27-24 type of finish which would hit the under.

Teddy Bridgewater Passing Yards Over/Under 280.5 Yards
Bridgewater has eclipsed this total just twice all season but one of those two performances came against this Atlanta Falcons team. Atlanta's pass defense ranks 31st in DVOA ratings and as a team, they are allowing 333.4 yards per game through the air.

Bridgewater is starting to connect with D.J. Moore in recent weeks and he has already shown that connection with Robby Anderson right out of the gate. With Christian McCaffrey now looking unlikely to play and the fact that the Falcons run defense ranks 7th in DVOA ratings, I think we see Teddy Bridgewater throwing often here in this one.

D.J. Moore Receiving Yards Over/Under 67.5 Yards
Moore comes into tonight with three straight games of 93 yards receiving on the nose so it may seem a bit strange to see his yardage total sitting at just 67.5 yards for tonight's game.

The Falcons kicked off that three-game stretch back in Week 5 with Moore catching four passes on five targets which included a 57-yard touchdown. Both Panther receivers tonight are big-play threats and both should have solid games overall but I am choosing Moore over Anderson tonight simply due to the expected coverage matchups with Kendall Sheffield expected to cover Moore.

Sheffield has allowed the third-most receiving yards in football while having played just four total games...let that sink in. Teammate Isaiah Oliver who will be on Curtis Samuel has allowed the most yards in the NFL this season but over seven games.

With Sheffield getting torched like that, it's hard not to think Moore can hit this prop tonight.