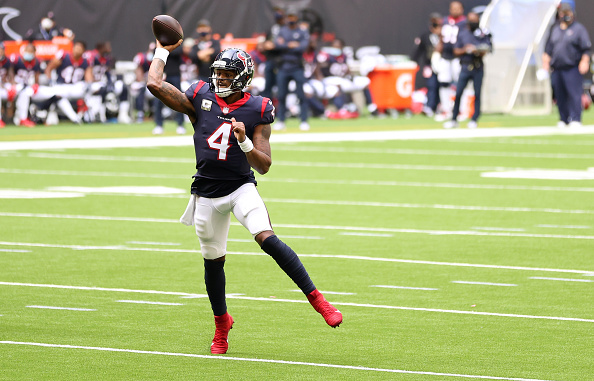 Kicking off the Thanksgiving slate we have the Texans heading into Detroit to face the Lions. The Lions are coming off a miserable Week 11 which saw them get shutout against the Panthers.

Matthew Stafford is dealing with a thumb injury and the team will again be without Kenny Golladay and Danny Amendola. Rookie running back D’Andre Swift is currently questionable to play after missing last week with a concussion.

The Texans scored a victory over the Patriots in Week 11. Though their defense continues to be a problem, Deshaun Watson threw for 344 yards and two scores while adding a rushing touchdown as well. Will Fuller, Brandin Cooks and Jordan Akins all had 80-plus yards receiving in Week 11.

This is a matchup of two bad defenses, but I think there is a clear edge when it comes to the offensive fire power here. The Texans have the 8th ranked passing offense per DVOA while the Lions pass defense ranks 23rd.

This is one of the many reasons which has me leaning towards the favorite in this one.

I like the Texans to win this one which in turn has me thinking the Lions will need to throw the football to keep pace.

With Kenny Golladay out of the lineup I think we see Marvin Jones again step up as the team’s top receiving target.

The Texans pass defense ranks 24th per DVOA and with Jones being the Lions top target I think there is a good shot at him eclipsing this yardage total.

McLaurin is the top target for the Washington Football Team. Over the past five games he has eclipsed 5.5 receptions four times and the one time he missed he finished with five catches in a game Washington won 20-9.

Against Dallas back in Week 7 McLaurin finished with seven catches on 11 targets for 90 yards and a touchdown.

I think the Cowboys offense looked solid last week as they came out of the bye and if they get rolling then we should see Washington forced to throw and McLaurin will benefit from that greatly.