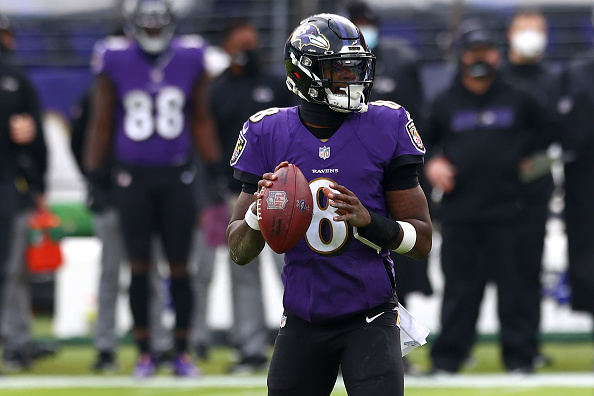 Published Sun Dec 27, 2020 11:35 am (EST)
Jon Impemba pores over the data, analysis and research to bring you his best bets for NFL Week 16 to help you cash those tickets.
Jonathan Impemba | Wager Alarm | NFL

The Ravens offense is clicking right now and the same cannot be said for the New York Giants who will have the benefit of a returning Daniel Jones under-center given his upgrade over Colt McCoy but even then, this season has been rough for the second-year QB. Jones is prone to turning the football over and the Giants offensive line ranks among the league’s worst in both sacks and pressures allowed. There is no doubt that 10-points is a lot to give in the NFL, but I see the Ravens rolling here at home.

We basically have a pick’em here with the Steelers getting half a point. There’s no question that the Steelers have looked awful of late. They can’t run the football and their receivers are having issues holding onto the football. Following the Steelers' stunning Week 15 loss to the Bengals quarterback Ben Roethlisberger even acknowledged that he was playing at less than 100-percent. That said, given the loss last week to the Bengals I believe that Mike Tomlin will have his team re-focused to face a strong Colts team here in Week 16. The Steelers defense can put pressure on opposing quarterbacks and throughout the years we have seen Rivers make some questionable plays and turn the football over. The Colts offense has relied heavily upon the running game in recent weeks and the Steelers run defense, though recently gashed, has been stout for most of the year. I think Pitt gets back in the win column today.

The Jaguars are turning back to Mike Glennon for today’s game against the Bears and I’m not quite sure why other than the fact they felt that Gardner Minshew gives them the best chance to win…. yes…you read that right. With Jacksonville now locking up the number one overall pick as long as they continue to lose, I see exactly why Glennon is the man for that job. I look for the Bears offense to keep on doing what it has been doing for the past few weeks which has been to pound the rock with David Montgomery and let Mitch Trubisky manage the game. I don’t see this one really being all that close either.

Ok, so there aren’t many “long shots” this week. Typically, we look for +200 or greater with this play but what we have here is a strong Titans offense, especially in the running game, up against a really bad Packers run defense. There will be plenty of points scored here but what have we said all season? I’ll take an underdog in a game with a field goal or less spread. Vegas thinks the Titans will be in this one till the end and all they need is a break or two to go their way and they take this one home.