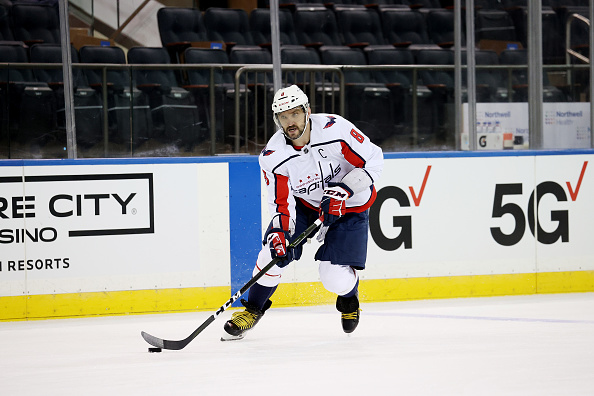 Published Tue Apr 13, 2021 4:42 pm (EDT)
Josh Wagner pores over the data betting lines recent trends to bring you his best bets for tonight including a play of the day in the Calgary/Toronto game!
Josh Wagner | Wager Alarm | NHL

What's up Wager Alarm hockey fans! A sluggish start to our week at 1-2 but at least Mikko saved us with his +155 multi-point prop! Tonight, we have another nice slate to wager on with six games around the NHL so let's dig up some winners.

PLAY OF THE DAY

Money Line: Play of the Day is back with a pick in Toronto in a matchup between the Flames and Leafs! Tonight will be the ninth and final meeting between the two teams this season with Toronto winning six of the previous eight games most of them being tight games, the Leafs' lead in goal differential 23-18 so the puck line is out of range for us tonight. That being established the money line holds rare value tonight for the Leafs as they are rolling out recently acquired goaltender David Rittich for his first start in the white and blue so the line sits at just -175 (should be -190 or higher). Final stat here if you still aren't convinced the Flames are among the worst teams on the road in the NHL this season going 7-14 straight up this year (3rd fewest wins in the league), ride the maple wagon!

BEST OF THE REST

Team Total: Time to exorcise some demons in Boston and it's been a few weeks coming now! First off, former MVP Taylor Hall will make his Bruins debut tonight, I know he's been very bad but regardless of him scoring I think he gives some juice to this lineup that sorely needs it. Next, the Bruins know they need to take full advantage of the Sabres these upcoming six games to secure a playoff spot and Buffalo gives up 3.35 goals per game as a road team. The Sabres do a decent job of covering the line as a road dog but have found themselves in shootouts lately going over the total four of the last five games in which they are giving up three or more in all but one of those games. Bruins roll in this one and should score four or five goals in the process.

Player Prop: Let's keep tonight's player prop of the night simple, shall we? The Flyers can't keep the puck out of their own net, seriously they cannot do it and the stats show it big time. The Flyers have the second-highest GAA in the NHL on the road with a total of 3.70 goals given up and will take on the Capitals who are the second-highest overall scoring team in the league! Enter their captain Alex Ovechkin who has six goals in five games this year against Philly including at least one tally in EVERY single game this season. In his career, there are only two other teams that allow Ovechkin to score more often so it's a pretty good bet he finds the twine again in this one considering he has seven goals over the last 10 games as well, dude is red hot right now.