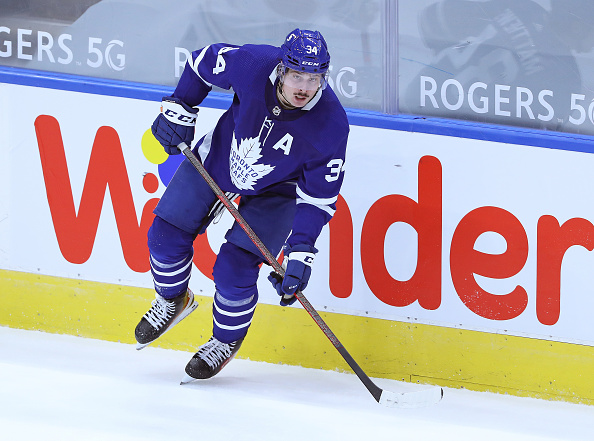 After an offensive explosion throughout the NHL, the previous two days here is what we are looking at tonight!

As seen yesterday these two teams have not changed at their cores. Washington still boasts one of the best top-six units in the NHL and the Sabers will run and gun to their own demise. After a total of 10 goals, last night between these two expect at least 7 or 8 tonight, which will be safely over the total in this one. Oh and backup goaltenders are highly likely on the heels of a back to back

I very seldom use favorites spreads when betting in the NHL because any team can normally beat another on any given night. That does not ring true in this game though, as the Lightning are head and shoulders better than Chicago. The first meeting was 5-1 Tampa Bay, look for more of the same.

Matthews recorded 7 shots on goal in Wednesday's OT win over the Canadiens but was held to only 1 assist on the stat sheet. I look for him to get on track in this one as the Leafs take on the Senators. Matthews in 15 career games vs Ottawa has amassed 13 goals, which is the most he has scored against any one team in his young career.