Matt Selz studies the track, the drivers, the odds, and everything else to bring you the best bets for NASCAR's Go Bowling At The Glen. 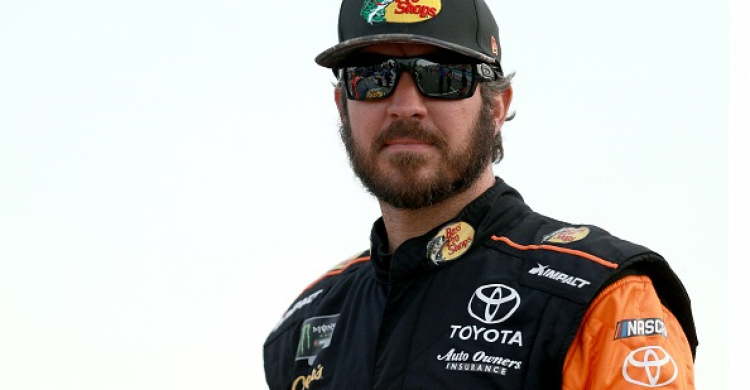 The second of three road course races in the Cup series schedule happens this weekend with a trip to Upstate New York. The Finger Lakes region holds one of the top road courses in the world in the form of Watkins Glen International and that’s the Cup series home for the weekend. It is not like any of the other road courses on the schedule, as the speeds are far faster and it is a less technical of a track than Sonoma or even the road portion of the Roval at Charlotte. However, that doesn’t mean that there’s a bunch of passing for the win at the track as more than 60-percent of winners have come from the top-five starting spots in the grid.

The last winner from the pole position was Kyle Busch in 2008 and he also happens to be the only repeat winner in the last 11 years as well with just one race a year at the track for the Cup series. The package on the cars this week is very similar to that used at Sonoma back in June and therefore you can compare the two tracks and finishes there, though not completely since they are two different styles of road course.

Kyle Busch (5/2) – Busch is once again the favorite and showed why with his practice runs this weekend where he was arguably the fastest car on the track all Saturday afternoon. He then qualified P3 after being the best car in the Xfinity race on Saturday as well, until a part broke and forced him from the race. Busch finished second to Truex at Sonoma earlier this year and did lead a bunch of laps in this race last year before finishing third. He does have a win and nine top-10s in the last 10 races here which only serves to back up his status as the favorite. He will start P3 this week which is where the last two winners have started and the second most winners in the track’s history have started there.

Martin Truex Jr. (15/4) – These are remarkably beneficial odds for a guy who’s been nearly invincible at road courses over the last two years. He’s won three of the last five overall including here in 2017 and then finished runner-up in this race last year while nearly winning the Roval before being spun out in the final turn and still finishing top-10. That kind of record makes it hard to understand why he’s still nearly paying back 4x ROI this week. He will start P4 and has a top-five car in long run and short run speed this week. The starting spot and the history put him well within striking distance to lock down another win.

Chase Elliott (9/2) – Elliott is the defending race winner from a year ago, which was also his first Cup win of his career. He was on a roll earlier in the year with six straight top-five finishes, but of late he’s missed the top-10 in the last six. That seems to be on track to change this week as he had one of the two fastest cars on the track at both practices and then ran a faster lap for qualifying than he had all weekend. The confidence he feels here and knowing that he got that win by holding off Kyle Busch and Martin Truex Jr for the last half of the race adds to the confidence. The pole sitter has won nine of 36 races here, the most of any position which also works in his favor.

Erik Jones (25/1) – Jones has two top-10s and a top-five in his two Cup races at The Glen and has finished top-three or better in the last three races this year overall. It’s not a shock to see that he showed up with top-10 speed once again before qualifying P14 thanks to a tire issue in the first qualifying run. Expect Jones to be a factor late in the race and these odds are great for a guy with the hot streak he’s on.

Alex Bowman (45/1) – Bowman locked down his first Cup series win a few weeks back at Chicago and showed up here with similar speed to that car as he ran inside the top-five pretty much all practice. He’s moved up an average of six spots per race here previously and with his speed this week, his P17 starting spot shouldn’t hamper him all that much. He’s still not starting quite as high as we’d like but he’s worth the 45x return on the bet if the practice speed shows up.

Daniel Suarez (50/1) – Suarez has won here before, in Xfinity that is. But in the Cup level he’s got two top-fives and he won a stage in this race last year as well, his only stage win since 2017. He has moved up nearly 10 spots a race in that span which means his starting in the mid-teens isn’t too far back for him, but he will need pit strategy help to finish off the win in all likelihood. These odds are pretty good for a guy with his history at the track.

Matt DiBenedetto (77/1) – DiBenedetto looked great at the last road course this year with a P4 finish in June and unloaded fast here this week in both short and long-run speed. He does have his work cut out for him starting P20 on Sunday. No winner has ever come from worse than 18th in 36 Cup races here but there’s a first time for everything and DiBenedetto did show top-three speed in final practice. If that speed shows up, it could be a nice pay day with this return.

Daniel Suarez (15/2 Top-five finish) – Suarez has two top-five finishes in his two Cup races here. He also has a win in the Xfinity series as well. Given that track history these are pretty good odds especially since he’s moved up nearly 10 spots a race on average too.

Matt DiBenedetto (10/1 Top-five finish) – DiBenedetto finished P4 at Sonoma earlier in the year and finished P5 at New Hampshire just two weeks ago. He has top-eight speed in his car this week and is on a roll. A 10x return if he duplicates the results from Sonoma is a nice little payday to be sure.