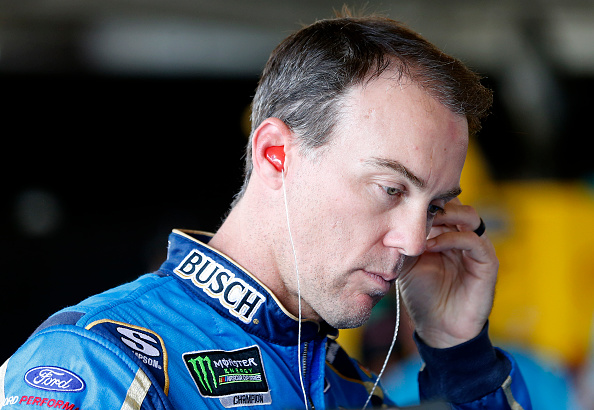 Matt Selz studies the track, the drivers, the odds, and everything else to bring you the best bets for NASCAR's Consumers Energy 400.

Today’s race is on the fastest oval on the NASCAR Cup circuit in the form of Michigan International Speedway. It’s a 2-mile D-shaped oval with 18 degrees of banking in the four corners and 15 degrees on the front stretch to keep the momentum and speed going for as long as possible. Back in June Joey Logano won from the pole and led 163 laps to do so, that was the 22nd time in 100 Cup races at the track that the pole-sitter has won, the most of any position. Overall, 59-percent of the winners have come from the top-five starting spots in the grid. There have been seven or more cautions in four of the last five races here as well, meaning things can get jumbled on the restarts fairly frequently.

Kevin Harvick (4/1) – Harvick won this race a year ago and had the fastest car all weekend in race trim. He’s starting on the outside pole which has produced eight winners in its own right. Getting 4x return on a guy that has that kind of history here is great and did I mention that he’s the only driver in the field with four top-fives in this race in the last five years?

Brad Keselowski (9/2) – Keselowski desperately wants to win this race as he’s from Michigan and a Michigander has never won this race. He is on the pole after a lightning-quick qualifying run and a great showing in Friday’s practice as well, and like I said earlier, that’s been the most prolific spot for winners to come from at this track. His race trim practice wasn’t quite as fast but still showed top-10 speed giving him a chance to stay out front and lead a ton of laps like his teammate Joey Logano did in June. He does have four top-10s in the last five August races which is nice to see at this kind of return as well.

Joey Logano (13/2) – Logano won this race from the pole in June and did it in dominating fashion leading more than 80-percent of the laps. He doesn’t quite have a car like that this weekend, at least didn’t at practice, but will still start P8 on Sunday. The reason that Logano isn’t as much of a favorite as maybe he should be is that he’s been a bit hard to figure out over the last five weeks and then showed only top-15 speed at practice. However, if he and his team make adjustments and figure it out, he could go back-to-back at Michigan and lead to a nice payday.

Kyle Larson (14/1) – Larson has won this race two of the last three times it was run and has three career wins at Michigan. He is always a threat at this track and in June did move up eight spots from his starting spot to finish 14th. This week he starts P17 in the grid but showed flashes of top-five speed in race trim and he gets a boost this week too. The track, for the first time ever, has laid down the traction compound PJ1 on the outer grooves to make passing on the high side easier, which is just where Larson loves to run. Fourteen times return for a former winner here is great and then add in that he’s posted two top-fives and three top-10s in the last five races this year and you’ve got a guy coming in hot.

Erik Jones (20/1) – Jones is another Michigander in the field and one that would love to win at a track that he grew up just an hour from as a kid. He has looked good here in the past and has four-straight top-four finishes this year coming into this race. On Saturday at final practice in race trim, Jones led single-lap, five-lap, and 10-lap averages as he will try and move his way up from P16 in the starting grid. In four career Cup races here before the race in June, his average finish was 11.0 and then a flat tire derailed his day in June.

Alex Bowman (25/1) – Bowman is a bit of an underdog this week, which should be clear from the odds he’s sitting at currently. He will start P4 on Sunday and ran right in that area all weekend long in practice both in race and qualifying trim. He has been scuffling of late since his win at Chicago earlier this year but if the speed holds on Sunday and they play their cards right, he could be in line for a second win this year and a nice payout for those that bet on him. Just in case you’re wondering, he started P20 in June and finished P10 showing that he knows how to move through the field well at this 2-mile track.

Austin Dillon (100/1) – Dillon has a great history in this race over the last five years with two top-fives and three top-10s in that span. He also has a very fast car this weekend both in qualifying trim and race trim as he was consistently in the top-5-10 spots no matter if you were looking at short-run or long-run speeds at practice. The odds are this high on him though because he is starting P37 due to a penalty handed out after qualifying where it was discovered he wasn’t running a working alternator in the car. He will have to drive all the way through the field to nab his first win of the season and it would be the furthest back anyone has started and won from at Michigan as well, but hey who doesn’t like making this kind of return?

Chris Buescher (500/1) – These odds are just too silly not to take advantage of. It’s not like he’s some kind of bummer you hope survives the big one and wins like Justin Haley was at Daytona a few weeks back. Buescher finished 16th here in June after starting 31st and since then has been on fire with three top-10s in the last five races this year. He will start P25 on Sunday and showed flashes of speed that placed him top-13 in some long run metrics. If he can pull off a run like he did in June and then play his cards right with pit strategy, it could be a very nice payday on his behalf.

Erik Jones (7/2 Top Five Finish) – Jones has four-straight top-four finishes this year on all sorts of different tracks and has finished top-five here before as well. He is motivated to nab a win in front of friends and family but in this case, we just need a top-five from his to get more than three times our money back.

Group Winner: Austin Dillon (13/5) over Paul Menard, Ricky Stenhouse Jr, and Ryan Newman – This is a new one for me but the idea is that you pick the driver of the group that will finish the highest in the race. In this group, it was easy given Dillon’s history here and the speed he showed in practice. Now if you’re a bit leery of his starting spot, then you can also look at Ryan Newman who is getting the same odds and is starting P20 but finished P8 in June after moving up 10 spots.