Matt Selz studies the track, the drivers, the odds, and everything else to bring you the best bets for NASCAR's Bass Pro Shops NRA Night Race. 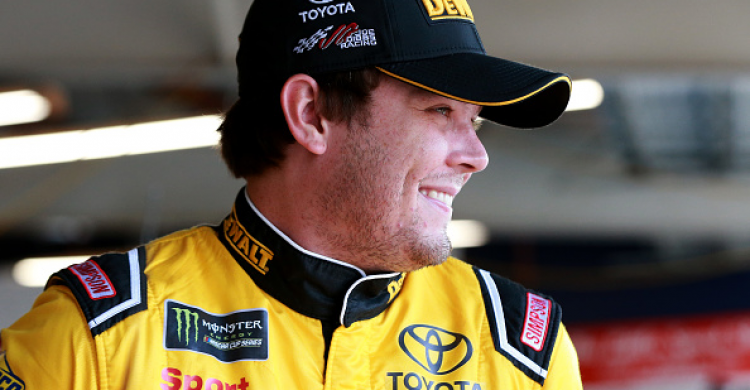 It’s the famed Bristol night race this week as we have short-track racing under the lights on a Saturday night. The 500 laps around the concrete half-mile that comprises the World’s Fastest Half-Mile leads to some of the closest quarters in racing that you’ll see.

The pole-sitter has won 22 times in 117 races at the Tennessee track however, that doesn’t mean that winners can’t come from further back as in April the winner started 17th and in this race last year the winner started P9 in the grid.

Expect a ton of cautions and for there to be a ton of expediency needed on green flag pit stops since one mistake can cost you a lap very easily under the green flag here or possibly two laps.

Kyle Busch (5/1) – He’s won here eight times in his career including back in April after starting 17th in the grid. This week he will start P31 but ran around the top-10 in practice before having to run the first qualifying lap (which is a huge disadvantage here). There’s no shock to see him as the favorite but in the history of Bristol, there have only been two winners to start this far back in the pack so there should be muted optimism on Busch.

Joey Logano (17/2) – Logano has won a couple of races in his career at Bristol including back-to-back night races in 2014 and 2015. In the April race, he finished third and led 140-plus laps. He will start P9 on Saturday night and had a top-5-10 car in practice making these odds enticing for him though he has had a bit of a rough go of it recently on the track.

Kevin Harvick (8/1) – Harvick is coming off his second win of the year last week at Michigan and had a solid run in practice this week before qualifying P8 in the grid. In terms of consistency here, he’s finished in the top-five twice in the last five night races and has four top-10s in that span including a win. He has one of the best average finishes in the last 10 races here overall and in April overcame some inspection issues to still make it back to finish 10th after starting in the back of the field.

Martin Truex Jr. (10/1) – Truex isn’t known as a short-track racer typically in his career but this year he’s won two of the four similar races to Bristol in Richmond and Dover. He did move up a few spots in the April race here as well and now will have one of his best starting spots he’s ever had at this track by starting P3. The 19-car looked pretty solid on the track in practice, running in the top-10 most of the time giving him a shot to stick around the top-five throughout the race.

Ryan Blaney (10/1) – Blaney has led more than 100 laps in each of the last three races at Bristol but doesn’t have a win to show for it, yet. He has another fast car this weekend as he ran the fastest 10-lap average in the final practice session. He will roll off the line in 12th to start but given his speed and solid history at Bristol, the 10x payday is a nice bet on the 12-car this weekend.

Erik Jones (17/1) – Jones has been the talk of the garage this weekend and looks primed to win his first Bristol race, especially with two top-fives in his two night races here. Jones has been one of the hottest drivers on the track the last few weeks and is making a big-time push for the playoffs, which a win would lock him into. The 20-car was one of the best cars on track in long-run and short-run speed on Friday before qualifying P9 on Friday afternoon. In 2017’s race he led 260 laps showing he knows how to run up front here as well.

Matt DiBenedetto (30/1) – DiBenedetto has shown up a determined man this weekend after the news broke that he won’t be in his current ride after this season, and the determination showed pretty clearly in practice as he was the fastest car on the track pretty much at all times in both of Friday’s session. He then went out and qualified P7 for the race on Saturday night, at a track that has been his best statistical track in his career. He had a great run here in April and has a fast car under this week, in fact, the only thing faster than his car is how fast the odds are changing as he went from 40-1 to 30-1 over the course of me writing this (less than a half-hour) so get in while you can.

Ryan Newman (200/1) – Newman has been a man of consistency over the last several races this season and at short tracks earlier in the year as well. He has three top-10s in the four similar races to Bristol this season including a top-10 at Bristol in April. He will start P14 on Saturday night but showed top-10 speed at practice and given his attitude on the track and how much of a grinder he is, he could sneak out a win this weekend and immediately take him off the bubble and into the playoffs, meanwhile, the 200x payout would be nice for your wallet.