Matt Selz studies the track, the drivers, the odds, and everything else to bring you the best bets for NASCAR's Federated Auto Parts 400. 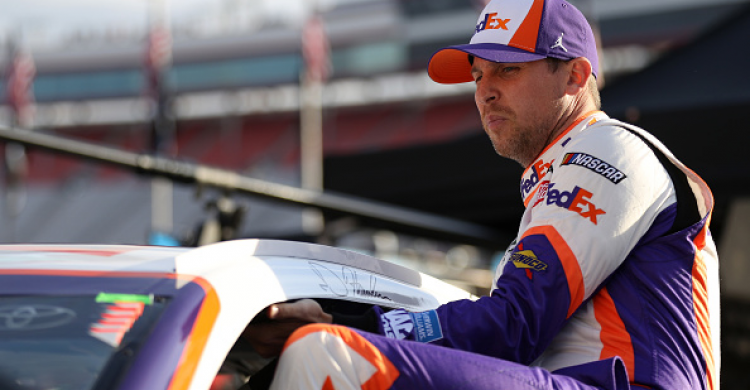 Saturday night short track racing is what the racing community lives for. Especially when you mix in one of the most beloved tracks and the playoffs being in full swing like we have this weekend at Richmond. Known as the Action Track it is a three-quarter-mile tri-oval with banking of 14 degrees in the corners and multiple racing grooves that should allow for quite a bit of passing to happen. Historically, through 126 Cup races at Richmond, 24 winners have come from the pole and 74 have come from the top-five starting spots in the grid including four of the last five in the Fall race here.

Denny Hamlin (11/2) – This is Hamlin’s home track, having grown up just 30 minutes from Richmond. He’s also done really well here with this being his second-best track in his career based on average finishing spot at 9.7 including three wins with the most recent being in 2016. He has been on quite a run of great finishes of late and has run well in this package in seven similar races this year. Starting P6 and running in the top-five all practice long on Friday, he’s got to be one of the favorites to wind up in victory lane Saturday night.

Joey Logano (17/2) – Logano has had success at Richmond with a win and six top-fives in the last 10 races at the track including finishing second here in April. He will start 28th on Saturday which might seem like a hindrance, however he started in the mid-20s last week and then led over 100 laps starting just 30 something into the race. He has a fast car based on practice speeds and this year he’s been very good in this setup and in night races as well. Not as much money will be on Logano starting where he’s starting so the line shouldn’t move before the race.

Brad Keselowski (25/4) – Keselowski is on the pole for the race and as was mentioned above, 24 winners have come from the number one starting spot, most recently in 2016. Keselowski, in the last five Fall races is tied for the best average finish at the track and is one of just three drivers in the field this week with four top-10s in that span. If he can keep the car in clean air, he should be able to keep it up front pretty much all race long and could come home with a victory and a ticket punched for the second round of the playoffs.

Kyle Larson (18/1) – Larson is in the midst of a 73-race winless streak, but what better way to break it then winning at the last track you won on? Larson is starting 13th on Saturday night and is tied for the best average finish in the last five Fall race here and tied for the best top-15 rate (percentage of green flag laps spent in the top-15 positions on track) in that span as well. Larson looks to have a top-10 car this weekend and if he can keep it out of trouble, unlike in April, he could snap that losing streak and pay off a nice return for those betting on him.

Clint Bowyer (22/1) – Bowyer finished third here in April and will start fifth on Saturday. He has a fast car, and despite his poor showing last week, has had a fast car much of the last month. The driver of the 14-car has posted six top-10s in the last 10 races at the Virginia track and with his practice speeds from Friday and a couple of breaks, could notch his first win of the 2019 season.

Daniel Suarez (66/1) – Suarez has been under the radar a bit the last few weeks since he missed the playoffs but that doesn’t mean he can’t go out and win a race. He’s starting 14th for the contest but showed some top-10 speed at practice in the short and long runs and has a couple of top-10s to his credit in five career Cup races. He’s been close to winning a couple of different races this year and could make a statement by notching his first career win on Saturday night though he will need breaks to go his way to make that happen.

Michael McDowell (1750/1) – Okay, these odds are so nuts I had to include them. McDowell was on the radar for the DFS side of things until he qualified P11 for the race, but that now makes him a possible dark horse to get a win if everything goes his way. His speed lags behind his qualifying spot, but McDowell has had a few surprising runs this year and these odds are worth taking a shot on that happening again. To be clear, do not bet a lot on this one because the odds should tell you exactly what his chances are of winding up in victory lane, but they are enticing enough to entice a small play in his favor.

Clint Bowyer (13/2 Top-3) – Bowyer finished third here in April and starts closer to the front this time around than he did a few months back when he started 14th. Bowyer has a solid history here and if he can keep that track position all night, this return is a nice payout for a guy who doesn’t have to win to pay you winnings.

Ryan Blaney (9/2 Top 5) – Blaney is an interesting character this week. Richmond is his worst track in terms of average finish with a 26.7 mark in seven races at the track. However, this year he has four top-fives and five top-10s in seven similar races and showed top-five speed in a few different metrics at Friday’s practices. He will start 15th for the race and if his speed and history in the package this year prevail, a 4.5x return for a top-five finish is a nice pay out for taking the shot on Blaney.