Matt Selz studies the track, the drivers, the odds, and everything else to bring you the best bets for NASCAR's Daytona 500. 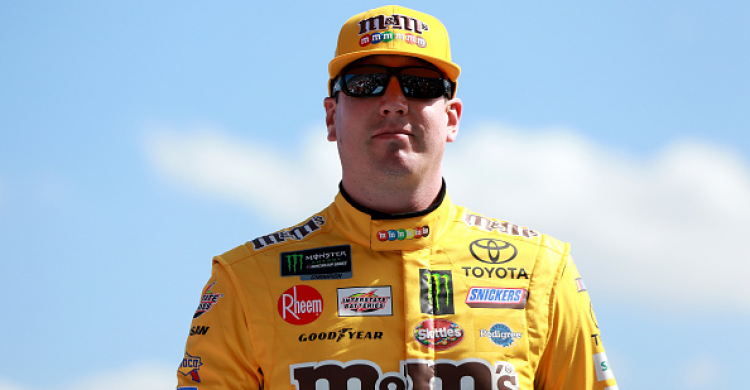 Last season we started this series about halfway through the season, but this year it’s running right from the start of the year. To start the year, we’re breaking down the Daytona 500 and some of the best bets you can make for this Sunday’s race on the 2.5-mile, Daytona International Speedway.

This track is known for unpredictable action due to the two-wide pack racing that it usually requires to make it around the track quickly. That style of racing can me big wrecks occur with frequency. So in order to make successful bets on the race, we need to focus on the drivers that have the best average finishes in the last several runnings as well as the most laps completed per race since that’s a measure of how many times they’ve successfully avoided the crashes.

Joey Logano (9-1) - Logano is arguably the best plate racer in the field and has a Daytona 500 win to his credit back in 2015 along with an average finish of 5.0 in the last four Daytona 500s which is the best in the field. He’s also started no worse than fifth in four of the last five meaning that his P3 starting spot on Sunday is something he’s accustomed to dealing with. The odds here are better than your typical favorite sees, but that’s because it’s not a typical race.

Denny Hamlin (37-4) - Hamlin is the other drive that you can argue is the best plate racer in the field and he’s got two 500 wins to his credit to back that claim up including winning last year. He’s also posted an average finish of 5.5 in the last four Daytona 500s which is second-best in the field, and six spots better on average than the next closest. He will start a bit further back than we’re used to seeing him but his skill in getting through the field has been well established as he has routinely dropped to the back during parts of his previous races as well.

Kyle Busch (11-1) - Busch hasn’t won a Daytona 500 crown yet, but has won plate races before and finished second a few times at Daytona as well, including last year in this race. He’s looked good on the track this week in both the Clash and the Duel race. This is about the worst odds you’ll find on Busch the rest of this season so take advantage while you can as he’s in a motivated state to check off the only major win he doesn’t have on his career resume.

Ryan Blaney (15-1) - Blaney has led 133 laps in the last four runnings of the Great American Race and is quite a good plate racer in his own plus the team he races for is quite simply the best at these tracks over the last decade. He also has led the field in top-15 rate and driver rating in the last four 500s which indicate just how good at plate tracks he is. Blaney will be starting from the rear of the pack which should give him a good shot at avoiding the big wrecks and move up through the field in time to be a factor late in the race. The odds here are nice for a guy that has the record he’s got at Daytona.

Aric Almirola (22-1) - Almirola was a half a lap away from winning this event two years ago before crashing out and finishing 11th. He’s also won at Talladega before as well. He’ll be starting P5 for the race on Sunday and that fits with the strategy for picking winners at this track in which you want to focus on those starting top-12 or those starting towards the back of the pack that have a longshot chance with all the crashes that happen. Almirola is still upset about not winning in 2018 and he’s looked pretty quick this week in the number 10-Ford.

Erik Jones (22-1) - Jones won the Clash last Sunday and then looked good in the Duel race on Thursday as well and won the 2018 July Daytona race as well. He’s finished in the top-10 half of the times he’s taken the track at Daytona and for your information, the winner of the Clash has also won the Daytona 500 the following weekend six times with the last time being his teammate in the aforementioned Hamlin in 2016. He was going off at +3300 early in the week and the money has been coming in on him since then to drop it to +2200 at the moment which is a sign to where the bets are going.

Bubba Wallace (55-1) - Wallace finished second here in his first Daytona 500 in 2018 and he’s posted six top-20 finishes in his nine total plate races in his Cup career. The 11th starting produced the race winner in 2015 and that’s where Wallace is starting on Sunday with a car that was running near the front of the pack in his Duel race on Thursday. There’s still a reason he’s a longshot at +5500 in that he has crashed out several times and his average position differential isn’t all that great, but if he musters his 2018 form, it could be a nice bet to pay on.

Michael McDowell (77-1) - McDowell is a lesser-known driver to be certain but that hasn’t stopped him from finishing in the top-10 two years in a row and posting five straight top-20 finishes from starting in the back of the pack. The skill he has in moving up in the field in plate races is undeniable and that bodes well for a guy starting P26 on Sunday. Also for what it’s worth, the guy that won the July race last year was going off at 77-1 prior to the drop of the green flag.

Timmy Hill (125-1) - Hill was a late addition to this piece mainly based off of his performance in the Xfinity race on Saturday when he was in the top-three in the closing laps and pushed the eventual winner to the lead. He’s a guy that had to race his way into the 500 as a non-automatic-qualifier for the event and even though he’s starting in the back of the field, that can be where winners come from as we’ve seen in the July and February races at Daytona alike. I’m not recommending a big bet on any of the guys in this section, but throwing a few bucks down and hoping it pays off could lead to a nice payday right after Valentine’s Day.

Justin Haley (175-1) - Haley won the July race in 2019 after he was able to avoid a couple of big wrecks and then benefitted from the race being rain-shortened, but a win is a win. He paid off at 77-1 in that contest and is now a whopping 175-1 which is also surprising given how he adeptly avoided the accidents all day in the Xfinity race on Saturday once again. He will be starting in the back of the pack but that’s where he started in July and it paid off. He’s clearly a massive long shot, but again, if it pays off even on a few bucks, that’s a great payday.