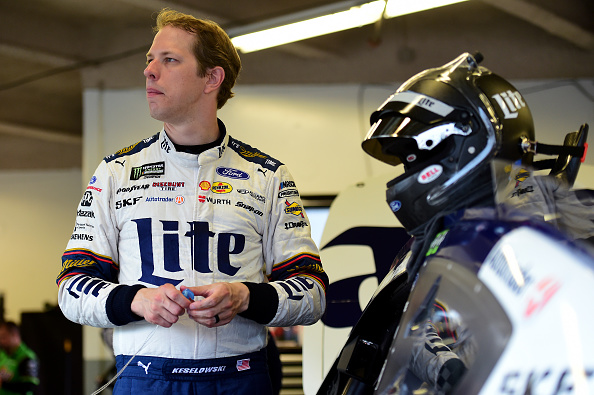 We’ve got short track racing under the lights for the Blue Emu 500 at Martinsville Speedway on Wednesday. The Paperclip, as it’s known, is a challenging track with tight corners and lower speeds on the flat, half-mile layout that is half asphalt, half concrete. Starting in the top-10 gives the driver a distinct advantage for winning the race here but that being said there have been winners from outside the top-10 of late here.

Kyle Busch (+375) - Busch has a great record here and is used to running up front by virtue of his great average finish in the last eight races here with seven top-fives and leading a bunch of laps. He finally looked to be kicking it into gear last week at Atlanta and has some confidence coming into Wednesday. He still needs a win this season and he could very well get it on Wednesday.

Brad Keselowski (+600) - Keselowski won the Spring race here in dominant fashion and has been very good here over the last four and eight races ranking first or second in average finish in those spans. He’s also won two races since the season started back up again and has been near the front quite a lot as well. He’ll start P6 which puts him in striking distance for the win pretty easily and did win Bristol in this package.

Martin Truex Jr (+625) - Truex won here last Fall by leading 464 laps and he’s turned in quite the short track racer with three wins at short tracks in the last several runnings at them. He will start P5 on Wednesday and there’s no reason to believe he won’t stick in the top-five all race long and lead a bunch of laps in the process while being a threat to win the race at the end.

Ryan Blaney (+1100) - Blaney is on the pole. At a short track starting up front has been great for winning the race as here it’s happened at a 14-plus-percent clip over the 142 races that have been run at Martinsville. Blaney has been quick the last few weeks and has consistently had a car capable of running up front and leading laps in addition to the fact that he’s had three top-fives in the last four races at Martinsville. Still getting these odds for a pole-sitter is very nice.

Jimmie Johnson (+1700) - Johnson will start P21 on Wednesday which is a bit further back than we’re comfortable with but he does have nine wins here in his career in 36 races for a great 25-percent win rate. He’s been quick this season which doesn’t always matter at Martinsville but it has helped his confidence which does matter a lot for drivers. Combine his confidence and his knowledge of getting around here makes him a threat on Wednesday.

William Byron (+2500) - Byron finished runner-up to Martin Truex Jr the last time they raced here and he started that race P11. On Wednesday, he’s starting P15 which puts him in striking distance and the fact that he hasn’t been the fastest Hendrick car recently doesn’t effect him here as top-end speed doesn’t really matter much. His crew chief helped steer the aforementioned Johnson to numerous wins here which will only help Byron as well.

Matt DiBenedetto (+7700) - DiBenedetto is a solid short track racers to start with. The 21-car team knows how to make it around Martinsville well as it’s their home track with the Wood Brothers Racing shop being just 34 minutes from the track. He’s starting P19 so he’ll have his work cut out for him to win for sure but if he shows up like he did at Phoenix earlier this year, which used the same package, it could be an interesting night for DiBenedetto.

Bubba Wallace (+9000) - This is Wallace’s best track statistically and he finished in the top-17 in both races last year after starting further back than he is on Wednesday. He’s also been a very visible figure this last week and a half and is putting a special paint scheme on the car this week as well. He’ll need breaks to go his way for sure but if he can get inside the top-10 late and catch a break on pit road, these odds can pay