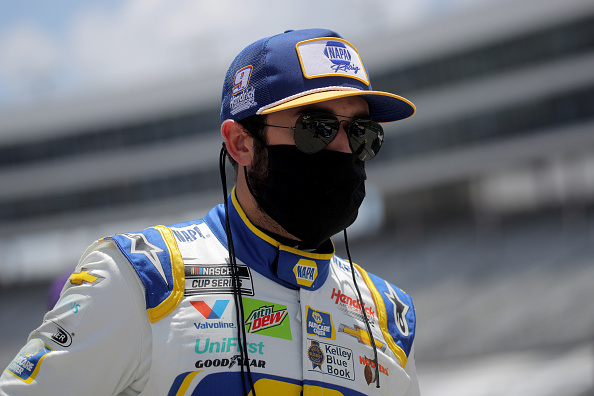 One of the more exciting 1.5-mile tracks is on tap this Thursday for the return of mid-week racing. Kansas Speedway isn’t your standard intermediate track as it has multiple grooves for racing and often passing is prevalent here. That being said, it’s also a track where winners can come from further back than most other intermediate tracks. Of the 28 total Cup races run at Kansas since it opened in 2001, 57-percent of the winners have come from the top-10 starting spots including six winners from the pole. Manufacturers have been pretty evenly split in the last 10 races with four wins coming from Toyota while Ford and Chevy have three each.

MKF picks will be added closer to lock time.

Kevin Harvick +400 - Harvick is on the pole for the race and ran very well here for ⅔ of the race last spring when he led more than 100 laps starting first and then finished P13. Harvick should have won at Kentucky and has been very good at 1.5-mile tracks this season. There’s a reason he continues to be the favorite pretty much every week.

Chase Elliott +650 - Elliott is starting P11, which is one spot outside the top-10 stat I gave above, but Elliott has three top-fives in the last four races here including a win in the Fall of 2018. He’s moved up very well here meaning his great finishes haven’t been because he’s started up front. He’s had the fastest car pretty consistently all season and Thursday should be a very good night for the 9-team.

Kyle Busch +675 - Busch may have boosted his own mojo in the post-race interview following Texas when he answered a question about how he finished where he did by saying “KFB.” If he did in fact give himself a confidence boost with a car that’s been a top-five car speed wise each of the last few races, watch out folks. Busch has finished P2 and P3 in two of the last three races here and is still looking for his first win of the season to cement his spot in the playoffs. He’s still capable of winning any race he shows up to despite the sluggish start to this season.

Brad Keselowski +1100 - Keselowski won this race last Spring with a late-race strategy call that he’s the master at. In the last five races this season he’s averaged the third-best average finish in the field and one of only three drivers to be under a 10.0 average as well. He’ll be starting P7 which is close enough for him to stay a threat all race long and if another late-race strategy call goes his way, it could be a second win in three races for Keselowski.

Erik Jones +3000 - Jones has been great at Kansas in the last four races with four top-seven finishes to his credit including a couple of top-fours Like Chase Elliott, he’s moved up through the field to acquire those finishing spots and last weekend at Texas he showed just how well he moves up as he finished P6 from the 23rd starting spot. On Thursday he’s starting P21 and trying to repeat and improve upon his Texas showing and by the way, Denny Hamlin won from P23 here last Fall.

Tyler Reddick +3300 - Reddick was the long shot bet of the week last week at +8000 and now he’s moved up in the world going off with significantly better odds after a P2 finish at Texas and really a strong showing all race long. Kansas is a track that favors his driving style of using the high line right next to the wall to make speed and pass other drivers. He’ll be starting from the early 20s and in this race last Spring he moved up 12 spots for a P9 finish. That combined with his mojo from the runner-up last weekend make him an attractive bet again on Thursday.

Clint Bowyer +5000 - Bowyer is at his home track for this week and it’s a track that has treated him well in his career. The last four races have seen him finish on average at 10.2 while moving up between seven and eight spots a race in PD. He’s yet to win at his home track but he’s come close a few different times and was talking this week about trying to get a contract extension from SHR, and nothing boosts contract talk faster than a win. The 14-car has been quick for the most part the last several races but needs to avoid in-race mistakes that set them back. If they can do that, this long shot brings home the trophy to Emporia Kansas and the legendary partier will have a week and a half to live it up before the next race.

Christopher Bell +7000 - Bell has seen fellow rookies Cole Custer nab a win and Tyler Reddick come close in consecutive races. Now that he’s not starting all the way back in the mid-30s and instead starting P22, he’ll have a shot to move up sooner and quicker through the field. We’ve seen him lock down top-10 finishes when starting in the mid-30s so getting him closer to the front in a car that has been very quick since the restart back in May could be the recipe for getting the rookie everyone thought would be the runaway Rookie of the Year winner his first win in the Cup series