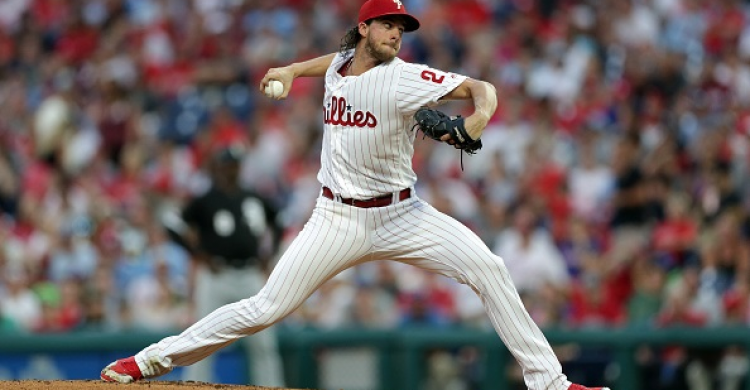 Medium-sized slate going into Thursday night that’s filled with football, but we’re going to dig into the MLB grind to find you some winners.

Wednesday night saw the Red Sox game gets suspended, an afternoon chalked full of overs, and another Dodgers’ walk-off home win. The Indians took both ends of their doubleheader with the Rangers, allowing one run over the 18 frames. A very low scoring series saw Cleveland climb to just two games out of the AL Central leaders in Minnesota, and now sit 3.5 games up of the second wild card spot as they start a pivotal four game series in the Twin Cities starting Thursday.

Two teams traveling into San Diego after losing the final games of their series send out formidable pitching arms in Jon Gray and Eric Lauer. The Rockies gave up 25 runs in two games to Houston, but Gray is their best arm with Marquez having a hard time pitching at home. Gray has three starts against the Padres this year already, with his best being the lone start in Petco, going seven innings, giving up three hits and one run while striking out five. His K/9 rate is higher on the road, but so is his home run rate surprisingly. Lauer continues to dominate the Dodgers with another very strong six inning start, but Coors has wreaked havoc on all of Lauer’s numbers this year giving up 18 hits and 13 runs in just 5.2 innings. He finally gets the Rockies at home, who struggle on the road. With no David Dahl, I’m expecting the total to fall under 8.5.

Two teams that are struggling to stay alive in the wild card race face off for a big four-game series with their aces on the mound with Aaron Nola facing Madison Bumgarner. Philadelphia comes into the series after dropping their road series in Arizona and now sit tied with Milwaukee for the second wildcard. San Francisco was swept at home by the Nationals and have lost six of seven since the trade deadline, where the Giants bought small and might be regretting that decision. Nola has gotten thru six innings in eight of his last nine games, going 4-1 in that time period and averaging just over eight strikeouts per start and gets San Francisco who sits 26th in wRC+ against RHP and has a 71 wRC+ since the start of August. Low scoring game where Philly finds a way to win.

A home dog is always lovely and getting a team that’s starting to get hot with an offense that is coming to life. Winners of three straight and 4-of-5, Cincy has Alex Wood going out for his third start against a team that can’t hit LHP for their life. The acquisition of Nicholas Castellanos will help, but there’s still not enough here. Cole Hamels get his second start after returning from an IL stint, but struggles on the road with a 3.42 ERA and 4-3 record. Take the home dog here.