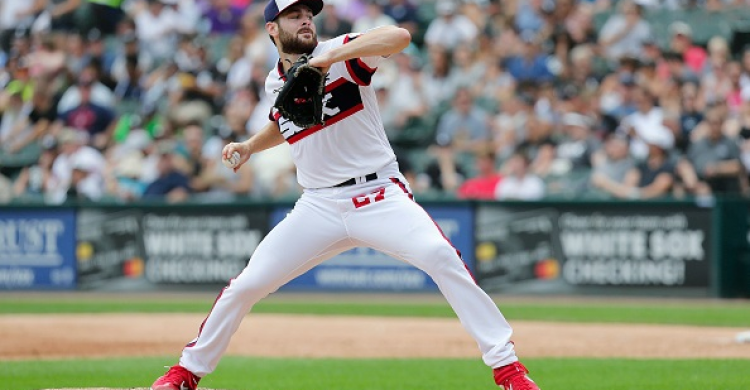 Only eight games on Monday’s schedule with the Yankees starting their last series of their west coast trip in Seattle with a 5-4 win, a big matchup in Milwaukee between the Brewers and Cardinals, and Atlanta taking on THE Jeff Melville at Coors and dropping the make-up game.

Tuesday, we open it back up with the full slate of games up for grabs!

The Sox make a quick two-game stop in Denver after taking 2-of-3 in San Diego and needing to gain more ground on the Rays. Rick Porcello toes the rubber for Boston who have gone under the total the previous two games, but went over the total in eight straight prior. He faces a good offense in a place he has never pitched before, and opposes Rico Garcia, a 25-year old looking to make his first major league appearance. With the entire starting rotation now not available, the Rockies are reaching deep into their system to pull up the starter who has a 7.16 ERA in 12 starts at Triple A. Mix in Coors, the Red Sox, and the adrenaline of his first start, there should be a lot of fireworks.

Fresh off his complete game shut-out last week against Minnesota, Lucas Giolito gets the AL Central leading Twins and Michael Pineda at home. After a small dip in his starts, Giolito has started to figure it out again, going at least six innings in his last five and racking up 53 strikeouts in that time period. If there is a weakness for the Twins, it’s facing RHP. At a relative coin flip and the better pitcher at home, take the White Sox.

Walker Buehler we all know is good. Like, very good. Cal Quantrill, we all don’t know, is good as well. Over his past thirty days, he has a 2.70 ERA and 0.86 WHIP with 21 strikeouts in 23.1 innings. LA has broken into a minor slump scoring three runs or less in six straight games and goes on the road, where they just don’t hold a candle to their 54-18 record at home. But, Walker Buehler gets the Padres who can’t hit RHP and get Buehler fresh off a seen inning shutout with eight strikeouts. The under is the play with a small sprinkle on the Padres ML if you’re feeling frisky.

Two pitchers in the CY Young race duel with Charlie Morton facing Justin Verlander in Houston. Morton faces his former team with a 7-2 record 89 strikeouts in 80 innings while Verlander is Verlander. Expect no offense here with these teams and solid bullpens to keep it below the total.

Santana is having a career renaissance year after traveling to Seattle and Philly with his highest average and OPS year. He gets Spencer Turnbull Tuesday night, who struggles at home. Santana actually hits better on the road with a .308 AVG and .960 OPS. The juice is lower here because he’s just 4-for-his-last-20, but is 3-for-10 career against Turnbull.