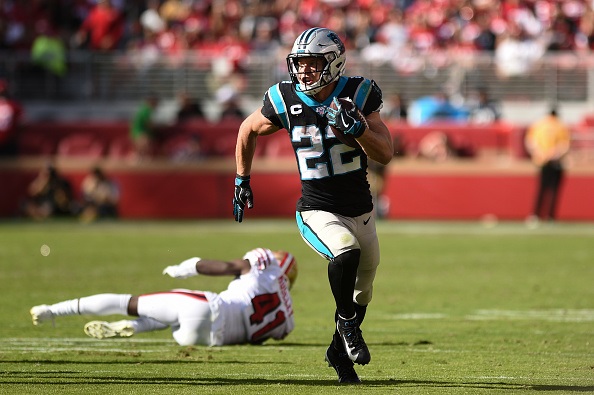 Rob Trayah is here to bring you his Best Bets for Week 9 of the NFL season!

Losing by the hook never feels good; it feels even worse when head coaches don’t know what they’re doing. After seeing his defense get shredded all second half, Jon Gruden put his faith in that squad to get a stop with over four minutes left instead of playing to score. Deshaun Watson made sure that held and the Texans won 27-24.

Saints covered easy, shutting down Kyler Murray and Drew Brees returning to lead Latavius Murray to a huge day, while a late TD pushed the Jags/Jets game over the total in a game that dried up after some early rain. A 1-2 week that could have easily been 3-0 is life in the NFL.

London early game with the aforementioned Texans and Jaguars means we’ve got a long Sunday in front of us. We’ll have a play on it, of course, so you enjoy a winner with breakfast. After that Vikings/Chiefs, Bears/Eagles, and Pats/Ravens are all out there to run with a nice full day. Let’s take a look at the bets you should be using to get winners.

Just your classic overreaction game here. The Titans have won two straight games with Ryan Tannehill at the helm, both home wins over poor teams in the Bucs and Chargers, creating “momentum”. Tennessee should have lost to Tampa after a highly controversial turnover was ruled down. They were outgained in every category, creating turnovers from the machine known as Jameis.

While the Panthers went cross-country and were throttled by the Niners in the return to the USA after a week off from the London game. Christian McCaffrey still scored, but Kyle Allen had three picks against a San Fran defense that has come alive this year with a vaunted front-four.

This should be a week where things return back to normal at the Titans head out on the road and offense still gaining just five yards per play, 27th in the league. A turnover-happy defense in Carolina looks to force Tannehill into throwing more and CMC should be in for another solid day. Expect the home team to rebound and win this one.

There should be very little running done in this game with Derek Carr and Matthew Stafford being able to throw it everywhere and anywhere they want. Both teams are averaging seven yards per pass while allowing over seven yards per pass. They both don’t get sacks, ranking 25th or worse, and don’t get interceptions, ranking 24th and 28th respectively. This should be a huge day in Oakland, just don’t expect big plays, but rather the longer drives that always result in points.

Indiapolis Colts vs. Pittsburgh Steelers – Under 41

Frank Reich and Jacoby Brissett go into Pittsburgh to face Mike Tomlin and Mason Rudolph. My oh my, have times changed since the beginning of the season. This boils down to two teams that just don’t have health on their side. T.Y. Hilton is out for the next three weeks meaning Zach Pascal is the top target for Brissett with the Steelers rolling out Mason Rudolph. This is going to be a highly defensive battle with the coach’s relying on their rushing attacks and a game that should keep the clock rolling. The problem for the Steelers? Jaylen Samuels is really the only back available to run the ball with James Connor and Benny Snell marked out. There’s just not enough offensive talent on the field to score a lot of points and the thing that could be a problem to the under is a defensive score, but a conservative game-plan should take care of that issue.

This is a principle bet. Whatever team arrives first in London, take them 1H. Worked with the Panthers, Rams, and Raiders so far this year so why stop now. The Jags arrived a day earlier than the Texans with a shorter flight so with a short line and getting ML even, taking the Jags and seeing if the defense can hold down the Texans, who usually start slow with just 11 points on average in the first half.