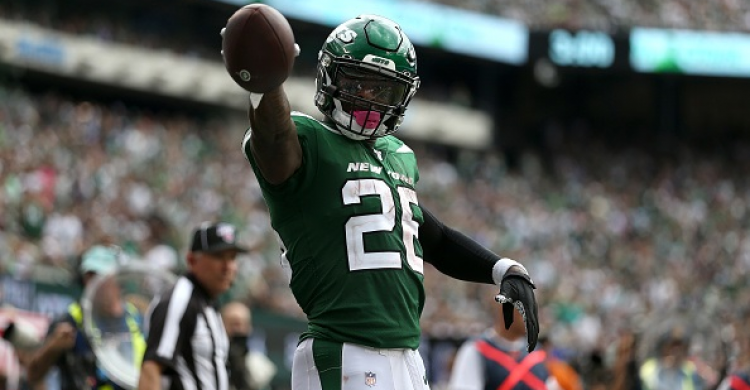 Some weeks are weeks with props that you’ll remember forever and week 8 of 2019, is something I won’t be forgetting any time soon. Mr. Fournette goes for 66 on his first carry and then goes 18 for 10 yards including a goal line loss of seven yards that would have gone over had he scored. Unforgettable, the only word left to describe it.

The other two bets? Easy as pie. Daniel Jones got the Lions’ prevent defense and went over 300 while Dion Lewis had one catch for two yards so a 2-1 week gets a profit. On to Week 10 we go with two games out of the way after an early morning London game. More tasty matchups abound and we take a look at some of the better options.

Bell’s name came up in trade talks at this week’s deadline, but he goes into week 9 to get the Miami Dolphins defense after getting the ball just 11 times against the Jaguars. That’s just not enough for the best player on your team. The only week the Dolphins haven’t given up 20+ fantasy points to running backs was against the Bills in Week 7.

James Connor went for 145 last week, Adrian Peterson for 118, and the Zeke/Pollard combo both over 100 alone on the rushing side. Bell had a sit-down meeting this week and it would be highly unlikely he doesn’t keep getting the ball in a game that should be abysmal to watch.

Waller has had a breakout year for Jon Gruden and the Raiders and gets the lovable matchup against the Lions at home in Week 9. Since Week 3, the Lions have allowed at least four receptions to tight-ends and that doesn’t tell the whole story. Against good tight-ends (Ertz, Kelce, Rudolph/Smith, Engram), the Lions have failed to limit that set to anything under 40 yards. Waller is a primary target with Tyrell Williams on the outside for the Raiders and Carr loves himself a tight-end. Expect a big day where each QB should be lighting up the field.

Rudolph got another W, albeit against the Dolphins on Monday night, but really hasn’t shown much in his limited starting time. He’s gone over this number twice, once against the Bengals and the other the Dolphins game. Remember that Bengals game, a half dozen completions were the running back in motion tap pass variety. If the Colts can apply any pressure here, Rudolph could be in trouble. There should be a lot of featuring for Jaylen Samuels in a control the clock type of game.

I don’t know how fun this one actually is, but let’s take a look at the adjust under of the Washington/Buffalo game. Dwayne Haskins gets the start and has no help anywhere. The Bills feast on bad quarterbacks. Add the fact the Redskins defense isn’t THAT bad and the idea that Bill Callahan just wants to run the football and get back on the plane. We can get the under 31.5 at +170 and 28.5 at +280. Go with the 31.5 and a half and take a nap.