Rob Trayah is here to bring you his Best Bets for Week 10 of the NFL season! 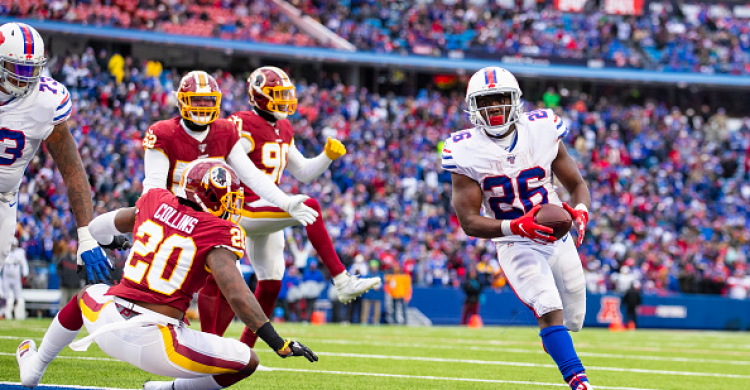 I can’t believe it is Week 10 already! With Thanksgiving right around the corner, the playoff races have really start to pick up. A recap of last week saw the article go 2-1 with a London Special loss. The Panthers dominated the Titans en route to the cover, while the Raiders/Lions shootout happened as expected. The Colts/Steelers total flew way over after the defenses decided not to show up in the first half, even though Jacoby Brissett left the game with an injury.

A couple of big spreads out there with the Ravens, Saints, and Colts all over double digit favorites with no real intra-divisional games outside of the Monday night NFC West tilt with the Seahawks and the 49ers. Weird spreads abound, but there’s still some really good sides to take a look at, as we do for week 10.

Has anyone really seen the Browns the past month? The defense decided tackling was optional in Denver last week, en route to another loss. Baker Mayfield needs to rely on the running game with Nick Chubb to get the offense on track, something the Bills are good at doing.

Josh Allen is able to use his feet to get first downs, and Devin Singletary has begun to turn the corner as a reliable rookie. The Browns allow 4.5 rushes a game to quarterbacks, at about 18 yards total with a 103 quarterback rating. Add on the fact that defense is 29th in yards per rush allowed, and expect the Bills to come out and grind out a close game in Cleveland

Under 47 - Panthers vs. Packers

One of the higher totals on the board between two teams that seem to have struggling defenses, the matchup is Green Bay should lean under. The running game disappeared in Los Angeles for the Packers after falling behind early with Aaron Jones being limited to 30 yards.

CMC comes to down with Kyle Allen getting the starting gig for the rest of the year. After a disappointing outing in San Fran, the offense ran through McCaffrey all the way to a win over Tennessee. Snow as in town on Thursday, and the high of 35 on Sunday will make for interesting football. With both teams looking to stay on the rushing attack, the clock should be running a lot and the points will be limited.

Patrick Mahomes will be back in action on the road in Nashville after Matt Moore filled in nicely to get the Chiefs a win over the Vikings last week at home. The talented quarterback returns at the very beginning of his estimated injury window, which is always something to watch.

Ryan Tannehill has made this Titans offense actually worth something and used his wideouts with Derrick Henry alongside still churning away. This week should be a return back to normal with Henry seeing a high volume of touches against the rushing defense of the Chiefs. The Kansas City defense allows 5.4 yards per play, but the number is misleading because it hides the fact that the rushing defense allows 4.8 yards per rush, which is 28th in the NFL. The Titans defense will have their hands full with the Chiefs without Malcolm Butler on the outside, but they are a defense that plays much better at home so I’m taking the home dog getting almost a touchdown.