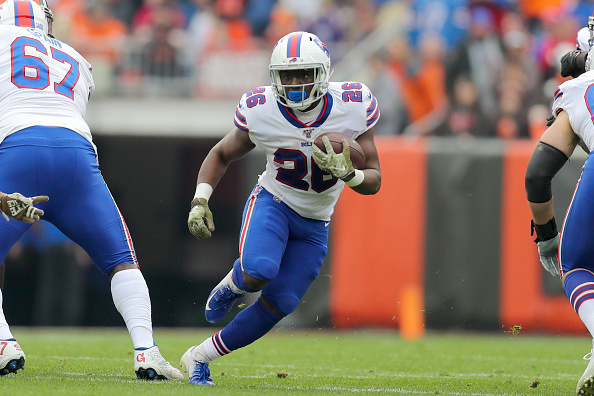 Rob Trayah brings you his Best Bet Prop Picks for Week 11 of the NFL season!

A really nice 3-1 week as only Kyler Murray’s long run put his total over the number while Derrick Henry’s monster day and Lamar’s feet helped to hit our props. Although there were plenty of points in Arizona/Tampa, we got the no touchdown first score to hit and the plus money should have covered our juice so a solid week.

Week 11 is here and it brings us so more props to be had.

Talk about a line that just make sense, Goff comes home after a dismal showing at Pittsburgh with no new help on the offensive line and gets Khalil Mack and the Chicago Bears defense. The majority of the passing yards that come against the Bears is in garbage time with the likes of Case Keenum and Joe Flacco alongside Teddy Bridgewater being the only QBs to go over this total, but at the end of the day it comes down to the line battles.

After losing Hakeem Nicks in the Oakland game, the Bears struggled to get sacks with just one in the Saints and Chargers games, but have backed it up with multi-sack efforts againt the Lions and Eagles before getting Goff. At just 9.1 yards per completion, expect pressure or short passes for Goff in this one and this to stay under the total.

Over 60.5 Rushing Yards – Devin Singletary vs. the Dolphins

The rookie out of FAU has been starting to get the lion share of the touches out of the Buffalo backfield and gets to head to Miami for a homecoming against the Dolphins defense that still ranks 25th in yards per rush at 4.6. It should be no surprise that two weeks ago in the Buffalo win, Singletary had 20 carries and three receptions in a WIN and has gotten just 11 touches last week and seven touches in week 8, both LOSSES.

The Dolphins’ second leading tackler in Raekwon McMillan was a limited participant in practice and would be a blow to the rushing defense if he doesn’t suit up. Singletary should see a big workload and be able to get over this number.

This total doesn’t make sense here. Edelman has gotten double digit targets in six-of-nine games this season and gets a secondary that has trouble covering good slot receivers. With a leaky offensive line, the Patriots quick pass attack is going to be alive against this good defensive front so Edelman should be getting some looks early and often.

The Eagles have given up major games to Stefon Diggs, Marvin Jones, and Calvin Ridley from this position, and it should be no different with Edelman. Especially after a loss, look for the Pats to go back to what gets them wins and rely on their big names to get wins. If you can get a Sanu line as well around 4.5, I would lean on the over too.

The Interesting One - Courtland Sutton to score (at any time) +500

The Vikings secondary is not good and has given up a touchdown to wide receivers in eight-of-ten games. Getting the opposing team’s best option at +500 seems like an easy play to me. Sutton scored in the Broncos last game and their first without Emmanuel Sanders and had gotten 10 targets (almost 3-to-1) in the red zone.