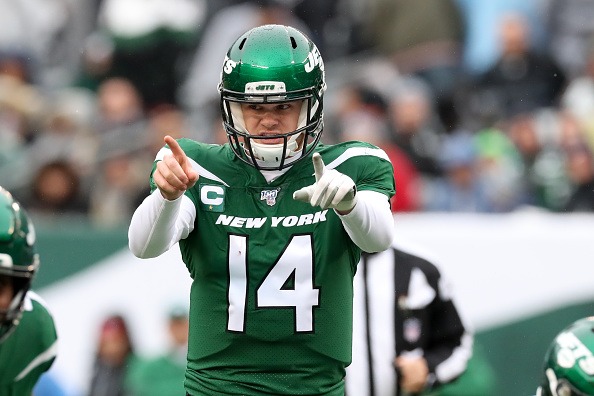 Rob Trayah brings you his Best Bets for Week 13 of the NFL season!

A clean 3-0 week that all turned into rocking chair games with big second halves and points being put on the board. The Browns did their scoring in the first half and Ryan Fitzpatrick was able to find the end zone three times and helped that total get there. The Jets laid the wood on a lifeless Raiders team after giving up the first score while the Titans and Jags decided all the points should be scored in the second half. Week 12’s success brings us to a 19-17-1 season record as we start heading towards the playoff runs.

Thanksgiving Thursday has knocked out three options for the week, but with all the teams finally playing, we’ve got almost all the same options we normally would. There are some decent watchable games at all parts of the day meaning Sunday could be excellent for the couch.

Time to hop aboard and ride the train known as the Cleveland Browns. A couple weeks after beating the Steelers at home, they’ll head to Pittsburgh to face Duck Hodges and a depleted Steelers team. Fresh off of a get right game against the Dolphins, the Browns will look to keep their surge towards the playoffs with three wins on the trot.

The Steelers just have nothing going for them. Down to their third string quarterback, a low-level running game, and a heavy reliance on the defense means that points aren’t exactly going to be everywhere in this one. The Browns have shown that they’ve been able to score lately, getting OBJ and Jarvis Landry on track alongside Nick Chubb and making sure the offense carries the load with the defense lacking talent up front. Take the better team in the divisional matchup.

If you’re sensing a theme here, you’re right. The Jets seem to have figured something out with their offense, hanging 34 points in three straight games; all wins. Now, they get the Bengals who are switching back to Andy Dalton after Ryan Finley showed nothing. Cincy is in full tank mode and continue to have injuries all over the place with A.J. Green still not showing any signs of playing this year.

Sam Darnold has started to show why he was drafted at the top of the 2018 NFL draft after throwing seven touchdowns and running for another two while throwing just one interception. They face a defense that is giving up 6.6 yards per play are 1-10 in their last 11 ATS at home. With the offense humming, they should be able to continue scoring and cover the three.

Nothing about Monday night’s demolition of the Rams says we should take them this week and that’s why the NFL is what it is. The Cardinals are coming off a bye, but injury news of Kyler Murray has come out and it shouldn’t be taken lightly with his hamstring. The Arizona offense is centered around not turning the ball over, short passes, and using Kyler’s mobility to get away from good pass rushes. With the hamstring, two of these issues will be called into question.

For a desperate team, comes desperate measures and expect the best of the Rams. Their defense has improved with the addition of Jalen Ramsey and the return of Clay Matthews, but Lamar Jackson stomped a hole in that. Another gimmicky offense comes to life with the Cards, but the Rams should be eager to find a way into the playoffs and get a win on the road, covering the 2.5 points.