Rob Trayah brings you his Best Bets for Week 14 of the NFL season! 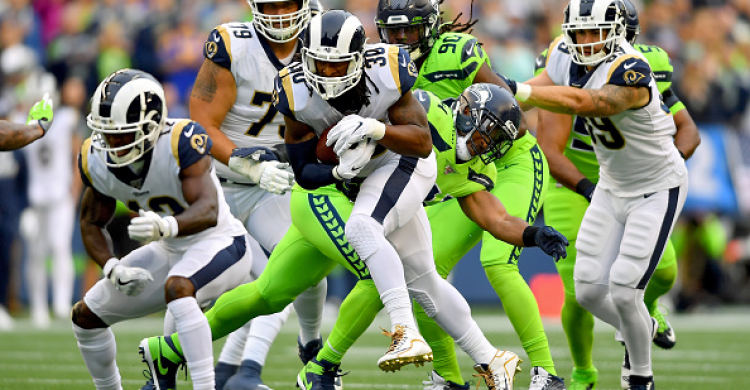 A week that could have been turned into 1-2 (2-2 if you took the Rams/Zona over) with the Rams easy cover, Baker Mayfield’s hurt hand losing a 10-0 lead, and the Jets not showing up in Cincinnati. The Rams game was never in doubt as Jared Goff and the defense woke up against a low-level effort from the Cardinals. The Browns got out to an early lead and had future Hall of Famer Duck Hodges throw ducks to James Washington for two hours en-route to blowing the lead. The Jets, well, they became the Jets again as Andy Dalton became the Bengals all-time leader in touchdown passes. Week 13’s results brings us to a 20-19-1 season, still losers with the juice.

Thursday night saw the Bears win over the Cowboys with no real showing from Dallas for a large stretch of the game. A full Sunday of games so let’s dig in.

Baltimore Ravens vs. Buffalo Bills – Over 44

The Ravens continue to pile up the wins, even though last week was a loss against-the-spread versus the 49ers and will travel up to Buffalo, fresh off their win at Dallas on Thanksgiving Day. The Bills just have not played anyone this season and their main weakness is stopping the run. Welcome in the Ravens, the NFL leaders in rushing, who should be able to move the ball on the ground at will in this game.

The Bills offense has been clicking with Devin Singletary continuing to see a higher share of targets and rushes, getting 14 rushes and three receptions including a touchdown. The Ravens have faced three tough offenses in a row with the Patriots, on the road in Los Angeles, and home against the 49ers, and this just feels like a trap spot for the defense. Expect points to be around the in the first half with high winds affecting the passing game.

The Rams found something against the Cardinals last week and that man’s name is Todd Gurley. Sean McVay said it himself that he needed to stop being an idiot and get him the ball more. Back at-home for a crucial game against the Seahawks for playoff reasons, and getting an average team that is now 10-2 on the season. Yes, I said average.

The Seahawks are gaining the same amount of yardage as they are allowing and Russell Wilson is covering for his team’s bad coaching. Running the ball into a brick wall is Brian Schottenheimer’s philosophy and Wilson continues to cover for it. Expect the Rams to get a win here after opening as a two-point dog.

It’s clear that New England doesn’t have the same offense that was around with Rob Gronkowski, but that doesn’t mean the rest of the team ain’t too shabby. The Patriots D hasn’t shown up in two games this year: both on the road against the Ravens and Texans. At home, the Pats are a top tier defense and were the first team to set the blueprint on how to stop the Chiefs with man coverage and the talent to keep the KC speed contained.

The Pats have not shown a likeness to run the ball this year, KC’s main defensive issue. Running the ball 39% of the time, they’re only at 3.5 yards per carry while the Chiefs are 5.1 so something has to give. Sony Michel should see a bunch more carries here and New England will be able to cover the field goal.