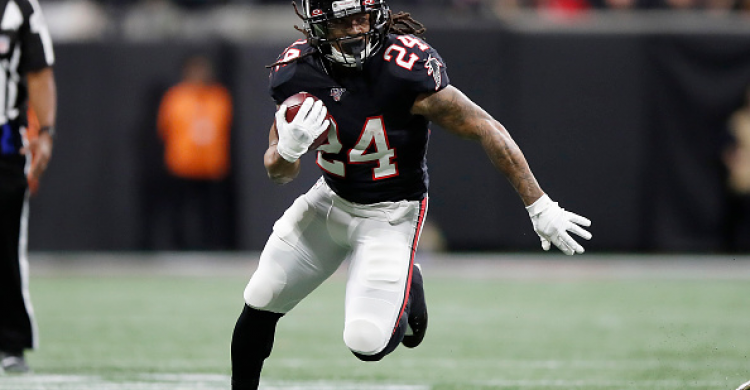 Sad to say, another 1-2 week and a miss on the interesting prop even though Kupp did score. The Josh Jacobs number was too easy, hitting in the first half against the Chiefs. The Hodges under goes over on a late third down in the fourth quarter as the Browns can’t cover James Washington, but it wasn’t even the most disappointing miss of the weekend. Tyler Boyd caught the first play of the second half to get to five receptions and saw one target the rest of the game. Sad and it hurts.

We’ve got the injury news in and some surprises including Le’Veon Bell being out with a sickness against the Dolphins, but it still brings together two bad defensive teams. Big games everywhere so let’s get going into the props worth looking at.

Over 20.5 Team Total – San Francisco vs. the Saints

San Francisco stayed on the east coast this week after losing in Baltimore last week, a solid decision. They head into the Superdome in New Orleans to face a sort of depleted Saints defense with a hurt Marcus Lattimore in the passing game. The Saints will get a much stiffer test in competition after playing just the NFC South in their last four games and the Cardinals previous.

The Niners defense will force the Saints to make plays, something Drew Brees has refused to do this year with one his lowest yards per attempt of his career at 7.5. Expect a short field from time-to-time and points. Niners are a very live dog in this game.

Under 250.5 Passing Yards – Ryan Fitzpatrick vs. the Jets

But why, Rob? Why? Well, folks, Ryan Fitzpatrick is playing really well so that means… REGRESSION. Look, what he did against Philly and Buffalo should be commended. However, there’s one thing that Fitz doesn’t do well and that’s play good on the road. In five games this year on the road, Fitzpatrick has topped 250 yards once, in Buffalo in a good weather game. A colder, windier game here in December and the numbers show he doesn’t play the same on the road.

He’s almost a yard and a half lower per attempt on the road and will face a defense that is super good against the rush meaning they should be game-planning for the pass. Jamal Adams is out for the Jets with a more than depleted secondary, but expecting a slow, terrible game that is sloppy between two bad teams.

Freeman returned in week 13 to 17 carries for 51 yards, nothing out of the ordinary for a guy who has been a fantasy dream and never done anything. Injuries have kept Freeman from getting a full-time role for the Falcons, especially this year with Ito Smith also out. But, here comes the Panthers, the running back remedy.

In the last three games on the road, the Panthers have given up 156, 118, and 206 yards, allowing five running backs to get over this total. Last week, was the worst against the Redskins at home. Facing a team that can’t throw the ball well, Derrius Guice and Adrian Peterson averaged 9.31 yards per carry, getting the Panthers season yards per carry allowed up to 5.3, worst in the NFL. It’s time for Freeman to get 20 carries and at only a three yard a carry average, gets over this total.

No Adam Thielen again so fire up the Rudolph machine instantly. Diggs will be the first option for sure, but Rudolph has a TD in four straight and has seen 5+ targets in five-of-six games. Cook’s injury should make them hesitant to get carries in the red zone and expect no pressure from the Lions as usual.