Rob Trayah brings you his Best Bets for Week 15 of the NFL season! 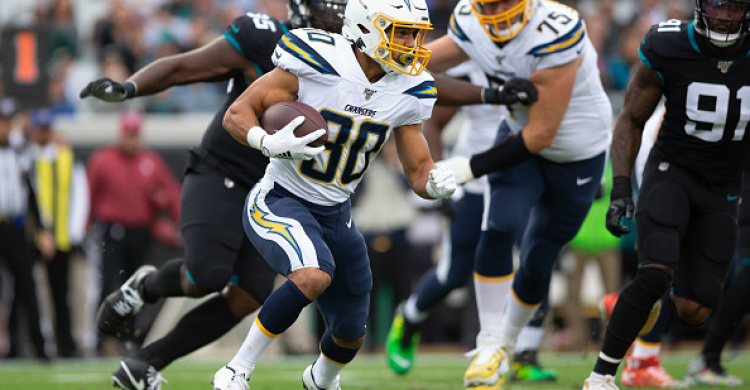 Another 1-2 week, unfortunately, as we fall a score short in the Bills/Ravens game and the Patriots might not have had the best officials while the Rams had an easy time of it Monday night against the Seahawks. The Bills couldn’t move the ball with Josh Allen held in check as a runner and the normally dominant Ravens’ offense was unable to must scoring drives. The Pats had two probably touchdowns taken off the board after falling behind 23-7 and not being able to find the tying score late in the game. The average Seahawks showed up in LA, and the Rams defense held them to two field goals in an easy win. Week 14’s results brings us to a 21-21-1 season, still losers with the juice.

Week 15 starts with the division clincher Ravens getting a win over the Jets to clinch the AFC North and Lamar finalizing the MVP vote with five passing touchdowns.

The Chargers return “home” after playing their best game of the season against the Jaguars down in Jacksonville and the return of Gardner Minshew. Rivers was able to get the ball out early to his big play guys and the defense showed early and often for the blowout. The Vikings head back on the road are a favorite in this one with the possible return of Adam Thielen for Kurt Cousins and the offense. After an ugly 20-7 win against the Lions and the cover, the Vikings sit at 9-4 on the season while the Chargers are hoping for lightning in a bottle at a slim chance at the playoffs at 5-8.

The Chargers defense has come to life, allowing just 4.4 yards per play in their last three games, tied for the best in the NFL. Derwin James’ return has sparked some life into the defense and the offense is now up to fourth, ahead of the Vikings, in yards per play at 6.1. Take the home dog again here as the Vikings can’t contain the Chargers’ offense with their struggling secondary.

Cleveland Browns vs. Arizona Cardinals – Over 46

Two teams looking for the end of the season with struggling defenses and QBs full of scrutiny. The Browns are still “alive”, but the loss at Pittsburgh hurt a bunch. They travel to Arizona to face Kyler Murray, who were stomped by the Rams and loss another home game against the Steelers, both unders. The offense has sputtered, but get the Browns’ D, which collapsed in the second half with no pass rush and the inability to stop James Washington.

The Browns were able to cover at home against the Bengals last week, but now go on the road, a place of horrors for Cleveland this year. However, they’ve faced really good defenses on the road, and Arizona is by far the worst they will have seen in their past five on the road (Steelers, Denver, NE, San Fran, and Baltimore). They were outgained in both rushing and passing by the Bengals last week, but got the points when they mattered. Don’t expect much defense this week and teams to go for touchdowns rather than field goals.

Fresh off up-and-down track meets, the Saints welcome the Colts to the Superdome on Monday night. Drew Brees weren’t able to keep the 49ers off the field long enough to prevent the last drive and the eventual loss, but 13+ yards per play that New Orleans had is no small feat. Their defense is floundering, can’t stop the run, and injuries continue to pile up.